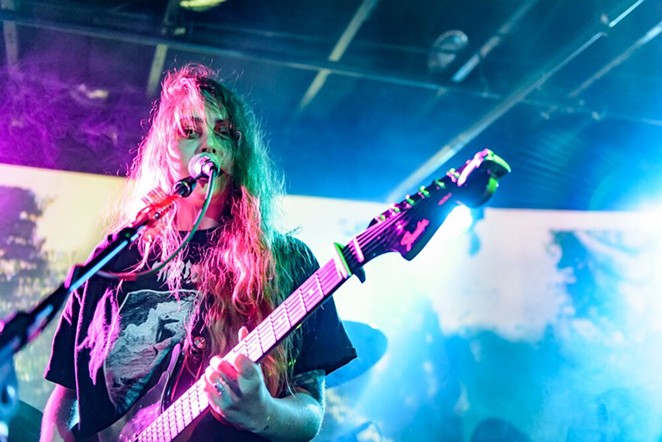 Those in Austin last weekend for Levitation 2019 were part of an experience like no other Texas music festival. From the curation of acts, to the overall communal feel, the psychedelic music showcase was clearly a different kind of event.


Besides getting to see internationally recognized artists in spaces fractions the size of a normal festival, Levitation let audiences travel leisurely between venues without feeling a sense of FOMO. Being able to pick and choose what shows to attend instead of being forced to buy a pricy wristband for the whole weekend was yet another perk.


All these aspects suggest that the folks behind Levitation not only know what they're doing but are setting the standard for future music festivals.


“We had to find a way for sold-out shows to be comfortable,” Levitation founder, booker and organizer Rob Fitzpatrick said. “There’s a tendency to sell out to your capacity, but our format allows you to go a little under, so that you do have that extra 50 or 100 spots for people to move around comfortably. That’s definitely intentional, because I’d say being stuck in the back of a venue cramped up against a wall or something is even worse than being behind 20,000 people at the main stage at ACL [Festival].”


When started in 2008, Levitation was held in a single venue, however it moved to Carson Creek Ranch in 2013 to spread things out. A storm devastated some of the structures there in 2016, however, forcing organizers to cancel that year and regroup.

“From an overall organizational standpoint and how terrible we felt, we were just like, ‘We’re just never gonna do that again, and we’re not equipped to take that risk again as a fully independent group,'” Fitzpatrick recalls.


Even before that unfortunate event, Fitzpatrick had noticed how Austin's now-defunct Chaos in Tejas punk festival spread multiple lineups across several venues in downtown Austin. It was a move that made logistical sense and one he his team emulated when Levitation restarted.


“When we’re doing the giant fest in a field 15 minutes out of town, we’re competing with all these venues. We’re taking business away from them," he said. "So, now we’re able to be fully integrated with the live music community here in Austin.”


While each venue at last weekend's Levitation was well attended, there wasn’t a moment where watching a band play was difficult or getting a drink took longer than a few minutes. And the type of bands making up the lineups weren’t the kind that attracted Instagram models and shirtless college bros high-fiving and talking through an entire set.


"I like concerts and shows to be immersive experiences," said Brian Cook, bassist for instru-metal act Russian Circles, which played Friday night at the Empire Control Room. "That's why festivals like Levitation are such an anomaly. The line-up is stellar — finally a festival where I recognize the names besides the headliners! Hell, even the fine-print acts at Levitation are amazing.”


To be sure, the quality of Levitation's curation was apparent in the performances 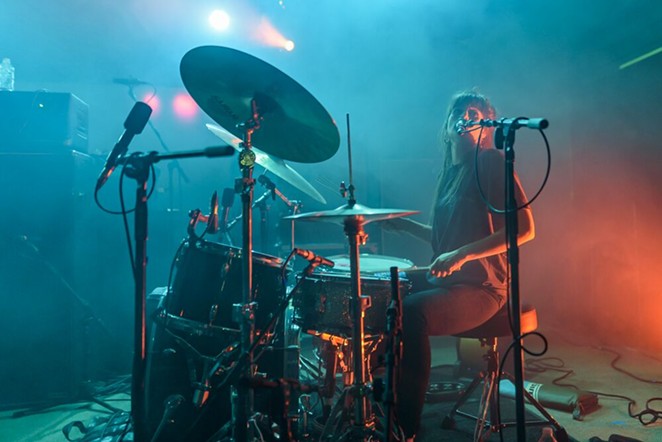 Brutus a three-piece aggressive post-rock outfit from Belgium opened the Sargent House showcase Friday night at Empire Control Room with an echoing explosion of heavy bass rumblings and ethereal soundscapes. The band conjured waves of distortion as singer-drummer Stefanie Mannaert hammered her skins and belted out lush melodies. The night continued with the aforementioned Russian Circles dazzling with its amalgam of post-rock and metal as Emma Ruth Rundle washed the inside stage with her reverberating, anthemic singer-songwriter tracks.


On Saturday afternoon, singer-songwriters Ionna Gika and Chelsea Wolfe — both of whom meld ethereal vocals with more aggressive instrumentation — played sets at Central Presbyterian Church just a few blocks from Red River, where most of the festival took place.

Watching Chelsea Wolfe sing a haunting version of Joni Mitchell’s “Woodstock” was a highlight of the entire fest. Standing on a circular stage in the middle of a ring of dead white branches, Wolfe didn't need theatrical enhancement for her show to be entrancing — her music did that on its own. Even so, moving lights that would either force Wolfe into a silhouette or only show her face created an ambience that almost made her performance in the church like that of a deity bequeathing music unto worshippers. 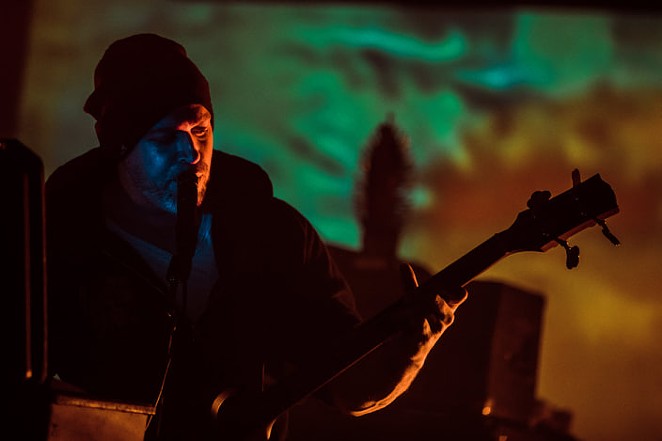 
While this year's Levitation was clearly a success, Fitzpatrick would like to include some larger spaces next year, which he says would hold down ticket prices. He'd also like more immersive elements such as an art show or a film showcase.


“We’re gonna explore some of those things and figure out a way we can do it in a way that isn’t too exhausting,” he said. “At the end of the day, we started this whole thing because we like the music and we wanted to throw a party, so it can’t just be work and worrying about the budgets.”