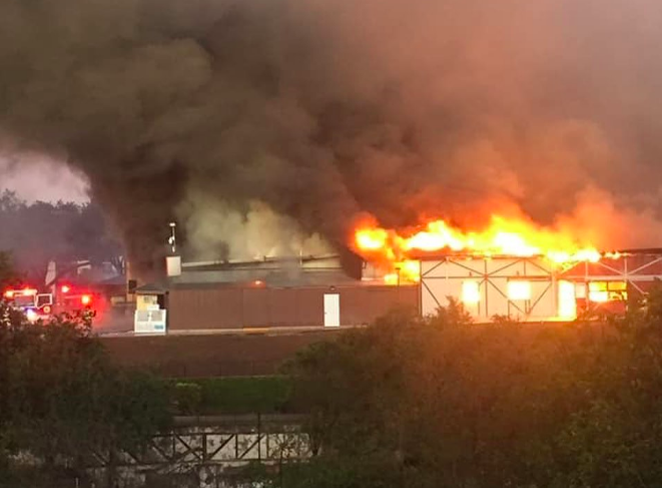 According to reports, crews responded to a fire on the Wurstfest grounds Thursday evening. The fire was contained to the food court area — the historic Wursthalle and Marktplatz area — and extinguished, KENS 5 reports.

Then, around 6:30 a.m. on Friday, a fire broke out once again in the Marktplatz area, and this time the blaze was larger. Multiple fire departments were reportedly on the scene to help fight back the flames.

No injuries were reported, but the Marktplatz suffered smoke, fire and water damage. The roof also collapsed. Wursthalle has heat damage but is still considered structurally sound.
The damages are estimated to be around $50,000, according to a News 4 San Antonio report.

The Comal River has been closed temporarily due to materials from the fire entering the runoff water. Authorities are now investigating and advise people to stay away from the area.