The Dave Brubeck Quartet: Their Last Time Out 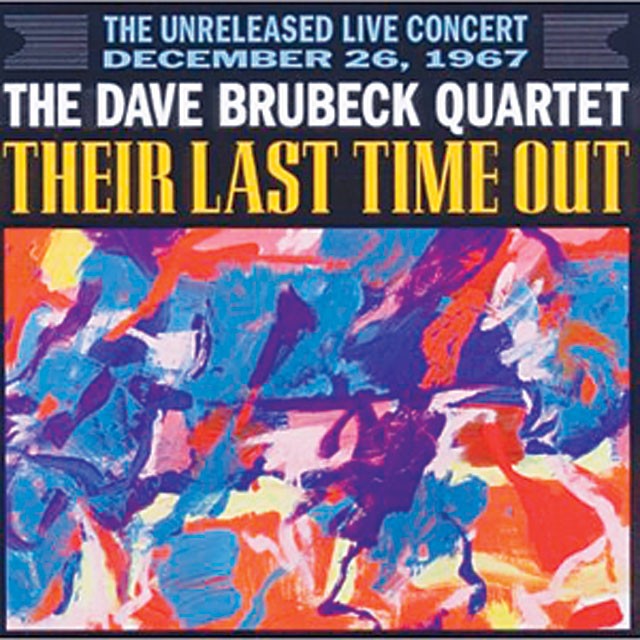 If you know only one jazz song, chances are it's by the Dave Brubeck Quartet. That tune, 1959's "Take Five," along with a string of successful subsequent releases, made Brubeck and his band the most well-known and successful jazz band of the '60s. The last stand of this classic lineup took place on December 26, 1967, at Pittsburgh's Hilton Hotel Ballroom of all places. Seasoned by almost a decade together, the interplay between the members is remarkable, particularly in the contrast between saxophonist Paul Desmond's sprightly melodic sense and Brubeck's pounding block chords, but also in the rhythmic counterbalance of bassist Eugene Wright's patient walking lines and drummer Joe Morello's dynamic time-bending bursts. Throughout the roughly two-and-a-half-hour set (which includes Brubeck standards "Three to Get Ready," "I'm In a Dancing Mood," and, inevitably, "Take Five") Last Time is consistently engaging, if never revelatory. Too bad it sounds as if it was sourced from old reel footage that sat on a shelf for decades gathering dust (which it was). But it is an enjoyable if occasionally frustrating release notable more as an historical artifact than as an essential recording.