Chilling docudrama 'The Imposter' plumbs the depths of the human psyche 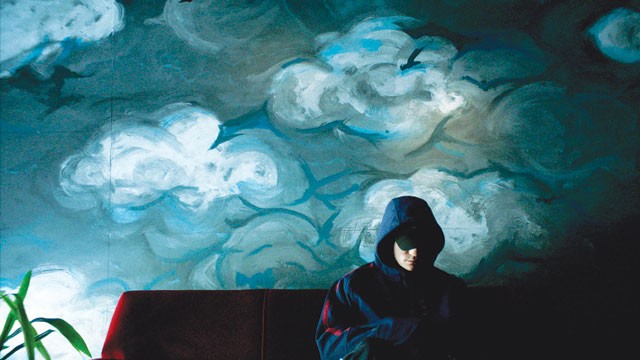 Stare deep into the eyes of French-Algerian criminal Frédéric Bourdin and it is evident he has no conscience. His matter-of-fact answers and weasel-like expressions during interviews with director Bart Layton for the documentary The Imposter are unsettling to say the least. Bourdin didn't murder or maim anyone. He isn't a child molester or serial rapist. It would be easy to label him a madman, but that would only suggest he didn't know the pain he was causing. The chilling composure he maintains while talking about the way he misled a San Antonio family into believing he was their missing teenage son is enough to make anyone question what else human beings are capable of doing. In his first feature documentary, Layton is able to capture exactly who Bourdin is through a unique blend of real-life footage, seemingly candid interviews, and stylish reenactments. It's all fashioned together into one gut-wrenching, suspenseful, and often bizarre crime docudrama that is the creepiest true story to hit the big screen since 2010's Catfish.

The cinematic approach Latyon takes to fill in the holes and puzzle the full narrative might not sit well with documentary purists, but his direction and the in-depth examination of Bourdin's stated intentions create a nightmarish scenario that would tear any family to its core. In many ways, Bourdin is like the nonfiction version of the character Keyser Söze from The Usual Suspects, a film that carries the tagline, "The greatest trick the devil ever pulled was to convince the world he didn't exist." Bourdin's greatest trick has been to convince the world he does exist — in many forms.

"For as long as I remember, I wanted to be someone else — someone who was acceptable," Bourdin admits at the start of the film. It's safe to say that, in The Imposter, he is only able to make the first half of that wish come true.