'The Way, Way Back,' A Bland Coming-Of-Age Flick 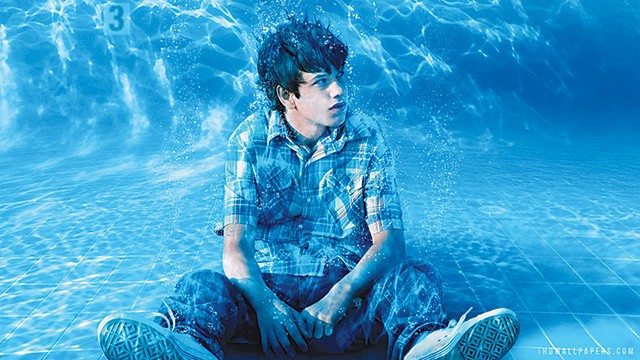 Why does Toni Collette end up with so many weird wardrobe choices? OK, we get it, she’s an unconventional actress, but enough with the head scarves already. More tragic than the clothes she wears, however, is the under-written doormat of a character Nat Faxon and Jim Rash (the Oscar-winning writing partners of The Descendants) have saddled her with in their summertime comedy The Way, Way Back.

As a 1980s divorcee sticking her toe back in the relationship pool, Collette has dragged her introverted 14-year-old son Duncan (Liam James) to a beach house owned by her new boyfriend, Trent (Steve Carell). Trent is a car salesman, and the kind of boorish, straight-talking douchebag that tells his girlfriend’s kid that on a scale of 1 to 10, he’s pulling a 3. He’s also banging his best friend’s wife. But we’re getting ahead of ourselves.

The story is really centered around Duncan, one of those sad-smart teenagers who just needs a little female attention and a wise-cracking mentor to blossom. Oh hey, look! There’s Susanna (AnnaSophia Robb), the neighbor’s jaded but dreamy daughter who becomes curious about the awkward boy next door. And there’s Owen (Sam Rockwell), the Bill Murray-esque manager of a local amusement park called Water Wizz. He’s all too happy to offer Duncan a job and impart some irreverent wisdom as he presides over a staff of oddballs. There’s also too-good-for-this-movie Maya Rudolph, who is slowly losing patience with Owen’s snarky man-child act. Dirty laundry is aired, insight is gained, and a very good ensemble (including Rob Corddry, Amanda Peet and the always funny Allison Janney) makes a bland coming-of-age summer flick a little bit better than it deserves. Isn’t all so bittersweet?

I liked the movie better when it was called Adventureland. Sure it was mopier without the benefit of Rockwell’s manic sarcasm, but director Greg Mottola filled his autobiographical reminiscence with enough nuance and specificity to make his movie feel textured. The Way, Way Back (a great, if unfulfilled title, by the way) is just a poorly developed Sundance-style “indie” that can’t decide if it wants to be Meatballs or The Flamingo Kid but seriously wants to cash in on some cliched Gen-X nostalgia.

Still, some praise must be given to a cast that valiantly ups the ante. Collette carves out something human from her nothing role, the hilariously boozy Janney and smartass Rockwell steal almost every scene they’re in, while Carell defies expectations as an irredeemable asshat. Poor Liam James mostly registers as a blank slate, but I can’t blame the young actor. Faxton and Rash have written him as an ’80s archetype rather than a flesh-and-blood human being.

There’s the hint of a more interesting story buried within The Way, Way Back’s banal and predictable script. A film that explored the painful and ridiculous challenges that face an emotionally uncertain mother and her angsty teenage son as they simultaneously try to engage with the world has plenty of dramatic and comedic potential. But that would require attentively developed characters, something Faxton and Rash struggle to concoct. If wistful summer days at the beach spent listening to radio hits like REO Speedwagon’s “Can’t Fight This Feeling” transport you back in time, well, maybe this movie will resonate with you. The story and characters certainly won’t.

The Way, Way Back