San Antonio Has Awarded Businesses with Millions in Free Downtown Parking. Is it an Economic Booster or Corporate Welfare? 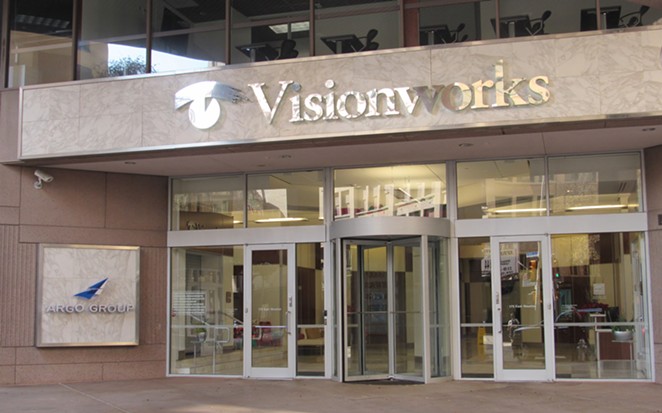 Sanford Nowlin
When then-San Antonio mayor Julián Castro announced his 2010 plan to kickstart the Decade of downtown, he ushered in an era of public incentives to draw people and businesses back to the center city.

Among those were $6.5 million in free parking subsidies to a pair of companies already heavily invested in San Antonio. In exchange, all those businesses needed to do was relocate jobs downtown.

Those 10-year incentive deals will be up for potential renewal in 2021, and critics including Castro himself — now a Democratic presidential hopeful — argue that they’ve robbed the city of tax revenue for what amounts to a corporate handout.

“The original idea was to spur investment back in the urban core of the city, but it’s clear that the private sector is going to take care of that themselves,” said Castro, who was mayor when city council approved both deals in 2011. “People want to be in the urban core.”

City economic development officials defend their use of parking incentives, however, saying they help rejuvenate downtown and bolster economic opportunities. But, by the city’s own records, their effect on job growth is minimal.

One of the companies receiving the free parking, HVHC Inc. — more commonly known by its Visionworks eye care brand — was required to relocate just 85 jobs from Latham, New York, to receive more than $3 million in subsidized parking in city-owned lots.

The other beneficiary, business insurer Argo Group Inc., wasn’t required to create any new jobs — only to move 200 employees from the suburbs into a building on Houston Street in exchange for nearly $3.4 million in free parking.

Both companies agreed to meet the city’s minimum wage requirements and pay an average annual salary of at least $50,000. Even so, quick math shows that the city gave up more than $800,000 in revenue over 10 years for each of the 85 job relocations it incentivized.

“Few economists would approve of this kind of corporate welfare,” Trinity University Economics Professor David Macpherson said. “You’re giving up millions of dollars in tax revenue for what? It’s just lining the pockets of these firms. It’s crazy.”

Despite the criticism, San Antonio doesn’t appear to have lost its appetite for providing downtown parking incentives.

This summer, insurance giant USAA completed the $5.9 million expansion of a parking deck for its downtown employees. The city granted the company a 10-year, $2 million tax abatement plus a $4 million loan in exchange for $70 million in upgrades to its two downtown office buildings, including the parking addition.

USAA also agreed to bring 1,500 additional jobs to the city through new hiring or relocations.

When announcing the package in late 2017, then-city manager Sheryl Sculley described the jobs guarantee as “catalytic.” Mayor Ron Nirenberg trumpeted USAA’s parking development as a boon. After all, the firm agreed to make 1,000 of its spaces available to the public on nights and weekends.

But critics argue some or all of those USAA jobs likely would have come to San Antonio anyway. Around 19,000 workers, or more than half of the company’s total payroll of 34,000 is located in the Alamo City — by far the company’s largest concentration of employees.

Alejandra Lopez, interim director of San Antonio’s Economic Development Department, defended the USAA deal and said the city offered its free-parking incentives because there was an economic benefit to the companies’ investment in downtown.

“No two projects are exactly alike, but they must produce a public benefit,” Lopez said in an emailed statement. “The city wants to ensure the business community is able to thrive locally to provide a variety of employment opportunities.”

The recent incentives extended to USAA come at a time when San Antonio is ostensibly trying to shift cars off its streets to avoid congestion and achieve carbon neutrality. Making downtown parking easier — not to mention free — for major employers moves in the opposite direction, critics charge.
However, Lopez said city economic development incentives have evolved to include programs that promote the use of public transit.

“As a city, we are working toward a more multimodal future through our long-range transportation plan as part of SA Tomorrow and SA Connect, as well as partnering with VIA on their long-range planning efforts,” she said. “Additionally, our most recent tax abatement guidelines have a partnership option that includes commuter benefits for all employees.”

During Castro’s recent San Antonio campaign stop, the former mayor said he’s concerned about the downtown incentives he unleashed nearly a decade ago. As President Obama’s Housing and Urban Development chief, he became aware of a nationwide trend of low-income residents being displaced by development. He’s since made affordable housing a key part of his campaign platform.

Whether or not that change represents political opportunism, Castro wasn’t shy about urging San Antonio’s leaders to alter course on downtown. Instead of subsidizing corporate investment, he said, they should focus on protecting residents from the displacement and gentrification that come along with it.

“You need to take care of that more than worrying about new investment downtown,” Castro said. “That investment is already happening. It doesn’t need to be incentivized.”