‘The Other Side’ Tackles the Impossible: Writing about trauma 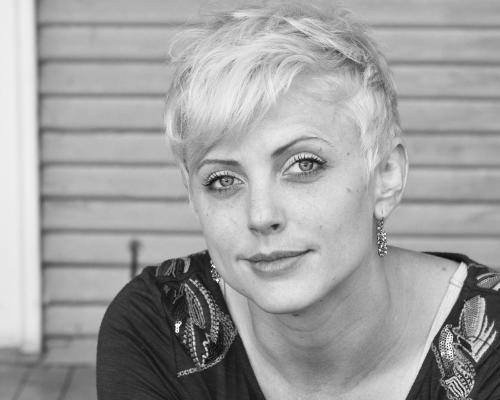 I didn’t take any notes while reading The Other Side because by the time I paused to pick up a pencil, I was already three-quarters of the way through. And for that I feel embarrassed, because I imagine the author, Lacy M. Johnson, a professor and administrator at University of Houston, would have filled the margins if the situation was reversed and she was the reviewer.

Remember a few years ago when it seemed like every other memoir was eventually outed for being at least partially fictional (“embellished” if you’re being gentle)? The Other Side is the opposite in its painful honesty. You can feel Johnson struggle with how much to reveal, if she could stuff it back inside after she’s already spilled it indelibly on the page, whether it’s really true or she’s really a reliable source. Perhaps this is because the story she’s telling is one that women convince themselves never actually happens in real life. The erratic boyfriend always gets dumped before he goes really berserk. People only think they’re being stalked. No one would ever really build a soundproof room meant for raping and killing the ex-girlfriend they just kidnapped. Ex-girlfriends never even get kidnapped in the first place. That shit just happens on Lifetime movies, possibly the odd 60 Minutes segment. It definitely never happens to fiercely intelligent women with liberal arts Ph.D.s … right?

While the content of Johnson’s story (see above) will sickly tickle the same folks who binge watch Law & Order: SVU, her narration will baffle them. The Other Side begins in media res and reels back and forth through Johnson’s life, seemingly willy-nilly. One page she’s living in her first apartment after leaving home, the next she’s worried about her present-day kids, a few more pages and she’s in the thick of that terrible relationship. And there are plenty of passages like this: “The Man I Live With holds up my shirt for them, pinning back my arms. He laughs without smiling, his mouth wide open. Or maybe he is waiting in the hall for the bathroom. Maybe he is drawing me a bath.” She gives no names for people or for most locations.

I think this is mostly because Johnson is writing as much, if not more, about the nature of memory as she is about her own memories, and about the nature of trauma as much as about her own traumatic experiences. Memory is fragmented, not linear, and trauma splinters it further still, because even if one part of us wants to remember something, there’s another more primal force that wants us to forget—the force that keeps us alive. And writing meaningfully about that traumatic experience? It is, in Johnson’s words, “the most impossible thing.”

The Other Side is powerful in its effort to do the impossible. Initially, Johnson’s vagueness in certain details and indecision in others is trying, but that dissipates surprisingly quickly. And for all her pain, there is transcendence. Johnson beat back a lifetime of objectification to become celebrated not for her ex-model looks but for her intellect. She has poignant chapters on motherhood and marriage. Perhaps the bravest thing of all is that she published this book, more than a decade after the kidnapping, under her real name, knowing that the assailant was never apprehended. Her case is still open. But the reader feels that for Johnson, the most debilitating effects of his abuse are finally over.