The first edition of the Maverick Music Festival was one of those events that just don't happen too often in SA: a first-time music fest with top headliners, great sound, a packed house (it was sold-out but not oversold, so you could move around without having to say "excuse me" 2,000 times), a very reasonable wait between acts (the transitions were fast, fast, fast), and solid sets by — at least — those in the main paid night stage (Henry + The Invisibles, Arum Rae, Girl in a Coma, Toadies and Clark).

Following Toadies, Clark started strong, as usual, with "When My Train Pulls In" (from Blak and Blu) and "Don't Owe You a Thang" (from the Bright Lights EP).

It was another superb set from Clark and an impressive debut by a festival that set a very high standard for itself and other promoters who may want to start something similar (good luck).

Maverick Fest is just like SA: big enough and cozy enough. Welcome to SA, and thanks. 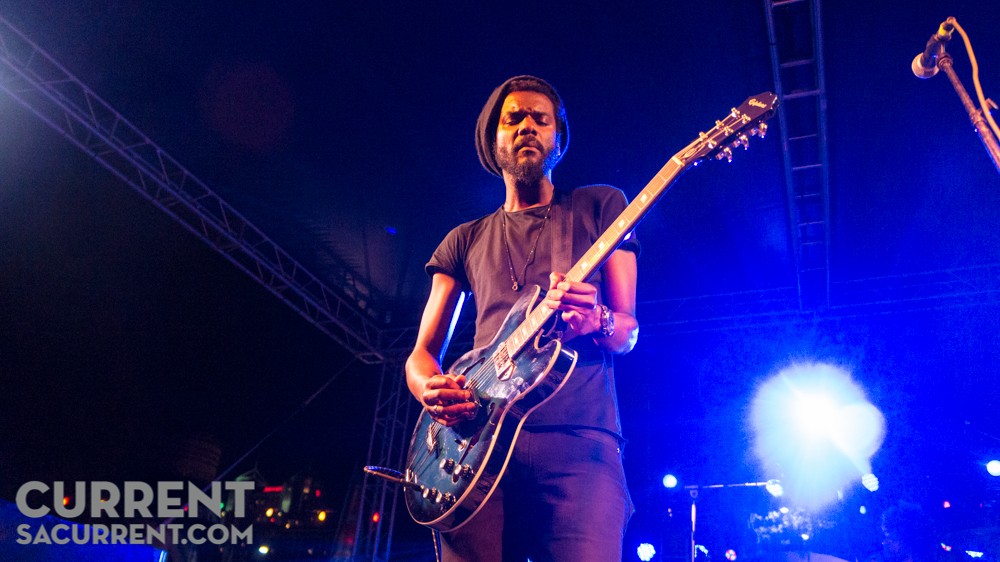 Gary Clark Jr. with the new custom made Blak and Blu Gibson Casino designed by him. The guitar will be available later in the year. (photo by Jaime Monzón)