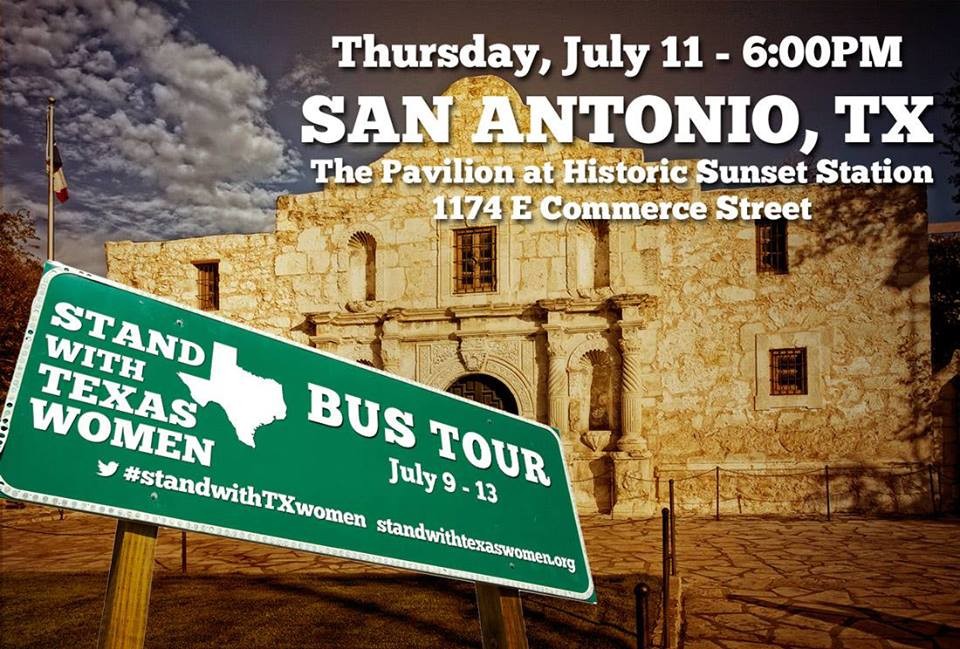 Since Senator Wendy Davis’ filibuster of the anti-abortion bill at the Texas State Capitol in Austin almost 3 weeks ago, the Stand with Texas Women campaign has morphed into a household topic intriguing the morals and ethics of both men and women throughout Texas.

In efforts to spread the word and promote pro-choice principles, Senator Davis and Senator Kirk Watson (along with campaign staff) have seized an orange charter bus and are touring the state. The tour caused a rainstorm of orange-clad pro-choice activists in Austin, Houston, Dallas and Ft. Worth this past week, attracting crowds as large as 1,500 women’s rights activists.

Now for its fifth halt, the expedition is headed for our Alamo City. The rally will take place at The Pavilion at Historic Sunset Station Today, July 11 beginning at 5:30 p.m. lasting until all concerns have been addressed. History in the making, all who are available are encouraged to attend. Represent our city by showing the rest of Texas that we, San Antonians (native or not) are paying attention, know the extent of our rights, and have a competent voice to be heard.

The Pavilion at Historic Sunset Station