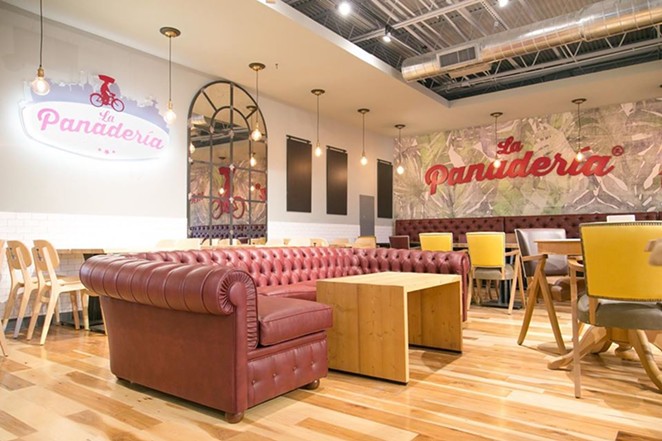 Facebook / La Panadería
Has San Antonio’s restaurant bubble burst? We’ve seen a string of high-profile restaurants recently close their doors or opt not to renew their lease, while others have renovated or reopened for bigger and better things.

Monte Vista Restaurant Periphery On Main has officially closed its doors, signifying the end of its signature chicken, cornbread and lentils. The restaurant announced in October its plans to close by the end of the year.

No hangovers or peer pressure here. Pearl-area bar The Modernist is hosting a sober Sunday event with spirits-free cocktails.

Always say yes to tamales. La Gran Tamalada is heading back to Market Square this weekend.

After closing for renovations in November, the orginal La Panadería on Broadway will reopen — with more space and a bigger menu — this weekend.

The San Antonio Food Bank received more than 2 million pounds of produce, which will feed hundreds of area food-insecure families.

Fuego, a new margarita bar inside Smoke, has opened with 12 signature cocktails and small bites.

Tony Coss, the owner behind local nightlife spots like La Roca and Green Lantern, has opened the Boxcar Bar in downtown San Antonio.

Big Lou’s Pizza has teamed up with the South Texas Blood & Tissue Center to host a blood drive next month, providing free pizza to donors.

Ever want to get some pan dulce, but don't feel like driving across town? Here's where you can find pan dulce outside of Loop 410.

The Squeezebox is hosting a holiday get-together on Sunday with free cabrito tacos and Miche upgrades. Also, Tuesday Night Karaoke is now a thing.

There’s plenty of ways to celebrate the season, but Dorćol Distilling + Brewing Co. is celebrating it with a Brandy Alexander Tour through December 31.