Ladies: If you want to score a date Saturday night, just shut the hell up and let the man do the talking. That’s part of the inspiring message “motivational” speaker Justin Lookadoo imparted on teens during a visit this week to Richardson High School, riling the crowd and creating a wave of controversy, according to local news sources. Pulling from his two books and Web site rudateable.com, the faith-based speaker basically advised young men and women at the Richardson, TX school to stick to gender-specific roles in a show of unbridled sexism. Teens weren’t having it and began Tweeting out criticism under the hashtag #lookadouche.
click to enlarge 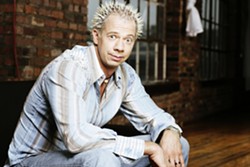 “Somewhere between the modern church and the feminist movement, guys turned into pansies,” said Lookadoo. “Stand up and be a man! Do something with your life!,” the Dallas Morning News reported.

To get a sense of the overall tone of Lookadoo’s lecture, here are some his dating rule gems:

Rule 6: “Be Mysterious. Dateable girls know how to shut up. They don't monopolize the conversation. They don't tell everyone everything about themselves. Save some for later,” writes Lookadoo.

Rule 9: “Let him lead. God made guys as leaders. Dateable girls get that and let him do guy things, get a door, open a ketchup bottle. They relax and let guys be guys. Which means they don’t ask him out!!!” 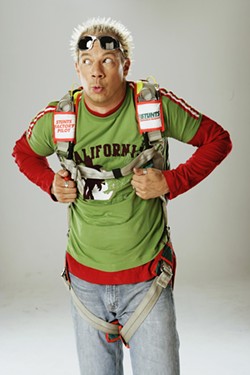 Rule 6: “Men of God are wild, not domesticated. Dateable guys aren’t tamed. They don’t live by the rules of the opposite sex. They fight battles, conquer lands, and stand up for the oppressed.”

As a result of his comments, Richardson ISD officials were forced to formally apologize to offended parents and students. It looks like he's another school's problem now, having scheduled tour dates all across the country. But maybe not for long– a moveon.org petition is seeking to cancel his next stop in George West, TX. Its message reads, "Sexism has no place, especially on stage, in our public schools!" So far, the petition has 582 of its 750 needed signatures.