Gruene Hall presents a live performance by the folk-rockers Tom Gillam and The Kosmic Messengers. The versatile Austin natives will blaze the stage with original songs like “Ready to Begin” and the wanderer’s mix of “8th Wonder.” Free, 7-11pm, Monday, 1281 Gruene, (830) 606-1281, gruenehall.com.

The Current, in collaboration with Maverick Music, presents the July installment of the free Lone Star Live concert series, with SA accordion-punks Piñata Protest holding down the headlining spot. Active since 2009, the self-described mojado punk quartet released their best effort yet in 2013 with the El Valiente EP. Like a lot of great punk works, El Valiente is less than 20 minutes of speed and teeth-gritting guitar intensity. But unlike most punk, Piñata Protest integrates the two-step accordion rhythms of Norteño into its tunes, helping to land the four-piece on NPR’s Austin 100—the media outlet’s playlist of the most anticipated SXSW 2014 acts. Just be careful not to mosh yourself into the river when they do “Volver, Volver.” With The Lucky Odds and Slick Dickens. Free, 7pm, Arneson River Theater, 418 Villita (210) 207-8610, sacurrent.com.

Cloudy With A Chance of Meatballs 2

Movies by Moonlight in Travis Park continues with a screening of Columbia Pictures’ 2013 animated comedy Cloudy With A Chance of Meatballs 2, featuring the voices of Bill Hader and Anna Faris. This sequel follows inventor Flint Lockwood as he’s forced to leave his dream job to shut down his infamous food weather machine. Guests are welcome to bring chairs, blankets and picnics. Free, 8:30pm, Tuesday, 301 E Travis St, 210-207-3677, sanantonio.gov.

The Paseo Del Rio Association, Texas Parks and Wildlife Department, Bat Conservation International and the San Antonio River Authority welcome the Bat Loco Educational Series back to the San Antonio River walk. Wildlife experts will shed light on bats and the current colony that has taken refuge under I-35. The event is open to the public and all ages are welcome. Free, 7:30pm, Tuesday, Museum Reach, (210) 302-3222, thesanantonioriverwalk.com.

Slab Cinema’s Movie Nights in the Heights revisits Warner Brother’s 2013 film Gravity starring Sandra Bullock, George Clooney and Ed Harris. Gravity follows an astronaut and a medical engineer who have been casted out into space after their ship was destroyed as they attempt to survive. Guests are invited to bring blankets, chairs and picnics. Free, 8:30pm Friday, 250 Viesca (at the Nature Trailhead park next to the Heights Pool), (210) 824-2595, slabcinema.com.

San Antonio’s Fitness in the Park presents Aqua Fit—a fun way to exercise that offers participants a low-impact workout based on resistance. All ages are welcome and the intensity of the workout varies by participant. Free, 7pm Friday, Concepcion Pool, 600 E Theo, sanantonio.gov/parksandrec. 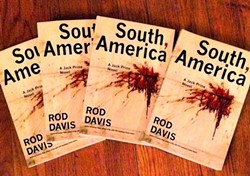 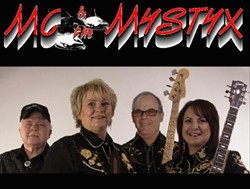 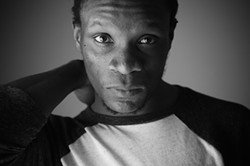