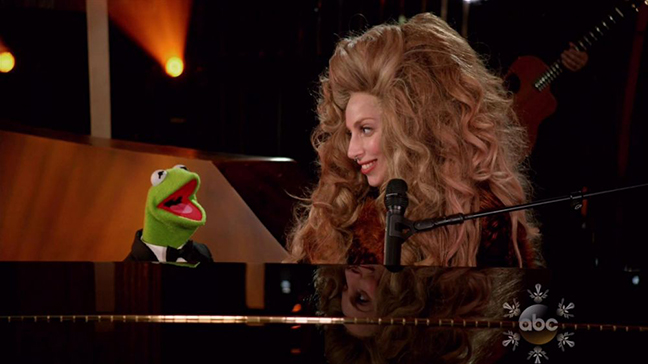 An audio/visual continuation of my contribution to "Redeeming Mother Monster vs. Arrested Development: The Pros and Cons of Lady Gaga," this week's Sunday Night Sound Bite digs into Gaga's catalog to prove she's anything but a one-note artist.

"The Edge of Glory"

Among her personal best, "The Edge of Glory" (co-written by Gaga, Fernando Garibay and DJ White Shadow) might be the most unexpected Bruce Springsteen tribute of the last decade. While the video was critiqued for lifting from Michael Jackson's "Billie Jean," Madonna's "Papa Don't Preach" and the musical RENT, there's something to be said for its tough simplicity and revival of E Street Band saxophonist Clarence Clemons.

Just under 14 minutes long and well worth watching, the Gaga-directed video for "Marry the Night" follows the song's semi-autobiographical ride from rock-bottom to reinvention while making time for such directorial narration as, "Check out this nurse on the right. She's got a great ass. Bam!"

Naysayers might claim this 11 minute, 46 second (Gaga-directed) opus divulges everything you need to know about ARTPOP. But the outlandish, all-over-the-map album-sampler is arguably the strongest proof yet (costumes and attitude aside) that Gaga has the chops to channel the spirit of Freddie Mercury and/or Cher.