Best Films of 2019: Despite All the Death, Destruction and Divorce, the Movies Were a Fun Time This Year 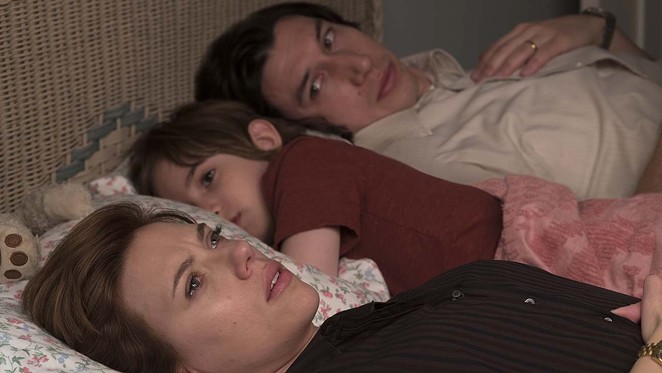 Netflix
Director and Oscar-nominated screenwriter Noah Baumbach knows divorce well — personally and, in turn, cinematically. His 2005 independent, dark comedy The Squid and the Whale was a semi-autobiographical look at his parents’ divorce. He uses his own divorce experience to give Marriage Story an authentic structure. What surges out of his screenplay is an emotionally devastating drama about what is essentially the slow and untimely death of a once-loving relationship. It may sound like audiences could drown in a sea of sorrows, but Baumbach allows the film to materialize from a broad palette that includes plenty of humor, joy and tenderness.

Neon
Co-writer and director Bong Joon Ho executes a meticulously crafted, satirical thriller, which turns out to be his most thematically rich project to date. The film follows the Kims, a poor Korean family of four who refuses to accept their place on the lowest rung of society. When the eldest child Ki-woo (Woo-sik Choi) gets a job as a tutor for the daughter of an affluent family, the Kims see an opportunity to turn their economic situation around. While the deceit is played for fun, a twist in the story shifts the film’s tone seamlessly from an entertaining, smartly written caper into an intense and unpredictable potboiler that speaks to the widening gap separating the haves and have-nots. 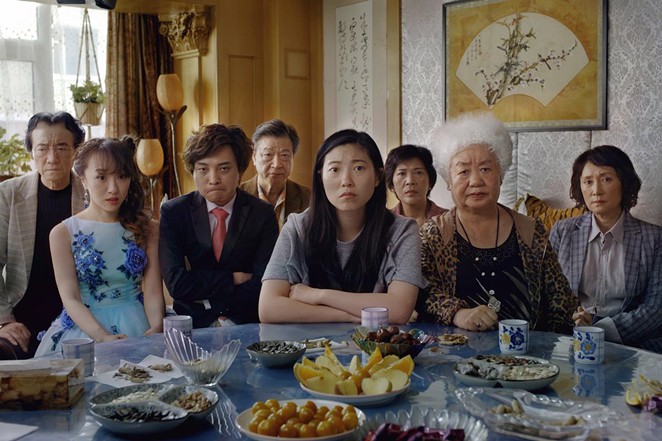 A24
Comedy and tragedy come together with compassion in The Farewell, a beautifully told narrative from writer and director Lulu Wang. In the best performance of her career, rapper-comedian Awkwafina (Crazy Rich Asians) stars as Billi, a Chinese American artist living in New York who finds out her grandmother (Shuzhen Zhou) is dying. She also learns her family is keeping her grandmother’s failing health a secret from her. Touching and delightfully funny, the film is culturally fascinating as we watch Billi torn between her Western upbringing and her Eastern roots and follow how she’s able to establish her identity as an independent and sensitive young woman. 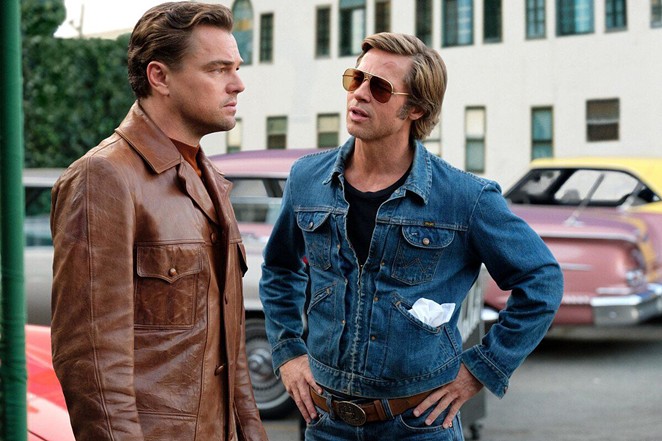 Columbus Pictures
It’s hard to believe director and two-time Oscar-winning screenwriter Quentin Tarantino actually might call it quits after he completes 10 movies, especially since it’s evident with his ninth feature that he hasn’t lost a step when it comes to crafting a scene. He seems to be having just as much fun as he did when he started making movies 27 years ago with Reservoir Dogs. In Hollywood, he finds inspiration in paying homage to the Western films and TV shows of the late 1960s. This unique buddy comedy features Leonardo DiCaprio and Brad Pitt maneuvering their characters through the entertainment industry — a chemistry that makes Hollywood so enjoyable to watch. 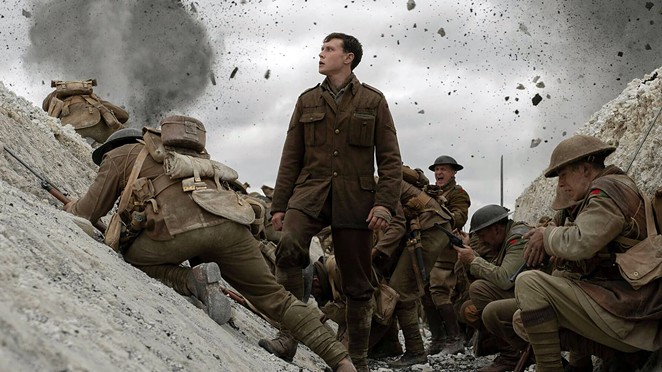 Universal Pictures
Shot and edited to look like it was filmed in one continuous take, Oscar-winning director Sam Mendes and Oscar-winning cinematographer Roger Deakins have created one of them most visually stunning war movies in modern cinema. Narratively, the film is fairly simple: two British soldiers (George MacKay and Dean-Charles Chapma), who are serving during World War I, are tasked with delivering a message to allies through territories crawling with enemies. It’s a mission that will save the lives of 1,600 men, including one of their brothers. What follows after the setup is nothing short of miraculous as we watch the two men journey through hellish conditions to reach their destination. Not since Saving Private Ryan has a cinematic battlefield been this extreme. 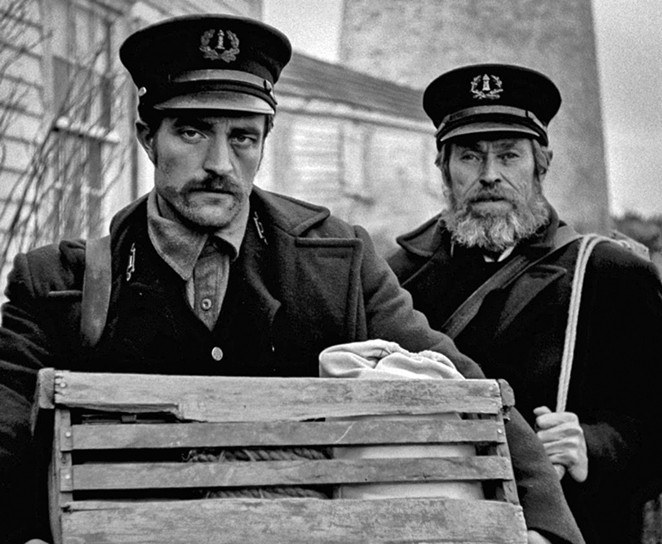 A24
Writer-director Robert Eggers delivers a film that stands up to some of the most unsettling cinematic experiences in its depiction of the slow creep of mental illness. With no defining plot, it’s a story about two men searching for a means to coexist in a place that seems designed for someone to die alone. The film stars four-time Oscar nominee Willem Dafoe and Robert Pattinson as lighthouse keepers stationed on a barren island in New England in the 1890s. The film may not register with those turned off by the bizarre, but Eggers — like he did with his debut film The Witch — continues to redefine the horror genre by injecting it with an arthouse flair.

Written and directed by filmmaker Jennifer Kent, the gothic tale of revenge set in early 19th century Australia is devastatingly grim and emotionally jarring. The film isn’t a comfortable watch to say the least, but it does strike a nerve in a visceral way. Audiences anticipating some level of catharsis — frequently offered in similar vengeance films — might be disappointed with the script’s unpredictability and slow-burn storytelling. But as viewers witnessed in her 2014 debut feature The Babadook, Kent isn’t interested in genre mechanics. She has created something that dismisses archetypes and relies on brutal history lessons to expose man’s perpetually cruel nature. 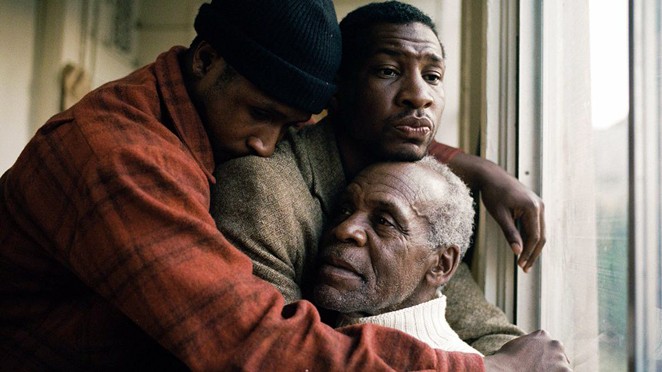 A24
First-time feature filmmaker and fifth-generation San Franciscan Joe Talbot speaks volumes on family, friendship and gentrification in this feature. The film features beautiful soliloquies that enlighten viewers about evolving neighborhoods across America and the working-class people who are pushed to the fringes of society to make room for new, upscale apartment complexes and fancy coffee shops. It’s a film that takes on the subject of cultural identity with grace and heartache — a genuine narrative which, as cliché as it sounds, is a love letter to San Francisco and a cautionary tale to residents of other rapidly expanding cities that may leave them behind.

Fox Searchlight Pictures
For those who aren’t familiar with three-time Oscar-nominated writer and director Terrence Malick’s work, A Hidden Life — his longest film at 174 minutes — is probably not the best initiation. Returning admirers, though, will find the combination of his meditative storytelling approach, emotional intimacy and elegant wide shots a rewarding extension of the philosophically heavy themes he’s explored in the past. Malick examines the life of Franz Jägerstätter (August Diehl), an Austrian farmer and conscientious objector who refused to fight for the Nazis in World War II. It’s a powerful and poetic tale of martyrdom and easily Malik’s best film since 2011’s Tree of Life. 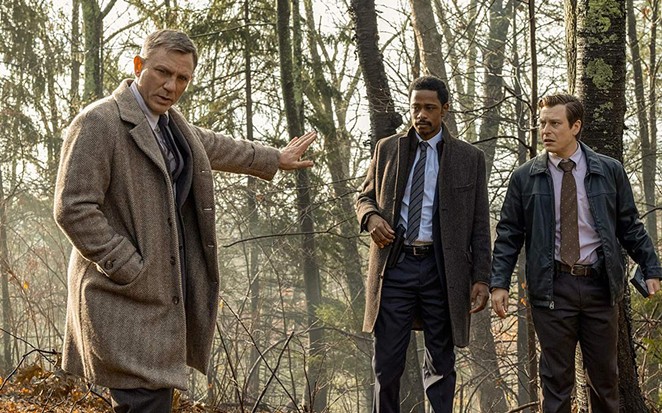 Lionsgate
The classic whodunit mystery is reinvigorated in extraordinary style in writer-director Rian Johnson’s Knives Out. It’s the best film of its kind since 2001’s Gosford Park. Instead of sipping tea with the Brits, however, this is a full-blooded American murder mystery — one that uses the current U.S. political atmosphere to lay a foundation for the venom erupting inside the home of a well-to-do family, whose patriarch just committed suicide. Of course, with a whodunit narrative, the story twists itself into some intriguing knots that will keep audiences guessing until the final scene. With a stellar ensemble cast, including Daniel Craig, Chris Evans and a remarkable Ana de Armas, Knives Out is a top-tier thriller.