You were captivated by Sean Penn’s performance in Colors, you took notes during Menace II Society, you keep tabs on Snoop Dogg 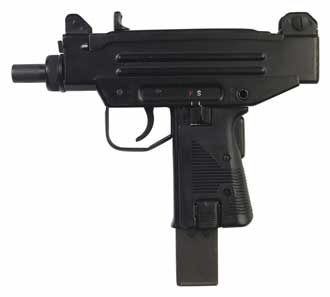 You were captivated by Sean Penn’s performance in Colors, you took notes during Menace II Society, you keep tabs on Snoop Dogg’s whereabouts just for fun, and so, when the Governor approved a $72,219 grant for Bexar County Juvenile Probation to hire a new cross-governmental go-to guy for all things gang-related, you threw down an application. (It was due on
Monday).

The perks? The salary starts at $31,800 plus benefits, and includes training, mileage and cell-phone reimbursement, office supplies and furniture, and a laptop.

The tradeoff? You’ll work hard hours, starting at about 4 p.m. in the office at the Juvenile Detention Center on the near-South Side, with dinner at about 7 p.m. After that, you’ll be in two-person teams conducting curfew checks into the wee hours in your marked Probation Officer vehicle. You’ll be unarmed: no gun, no TASER, no pepper spray. All you’ll have is a bullet-proof vest, two pairs of handcuffs, a dispatch radio, and a heavy flashlight.

Still down? When you go for your interview, here are some key points from Juvenile Probation’s gang-intelligence team.

San Antonio has a gang infestation. State law defines a gang as a group of three or more people who commit crimes with an identifying sign or symbol. Guess how many gangs we’ve got. 100? Higher. 500? Higher. 1,000? Higher. There are approximately 1,250 gangs in Bexar County, 950 of which are youth gangs. However, Juvenile Probation’s gang intel considers only 250 significantly active.

Keep an eye on graffiti on the Northeast Side. You can’t live by the numbers. “Everything is fluid,” Westside Juvenile Probation gang-intelligence officer Bartolo Cabriales told attendees at the Texas Professional Association of School Attendance Personnel conference in San Antonio last week. “Nothing stays exactly the same. They’re all highly mobile, and they have a tendency to move from one area to another.” And that’s how turf wars start. Take, for example, Chicanos Taking Over, a gang whose Southside rivarly with the Bloods Down South over a patch at Mission Road and South Flores, has already caused several killings. Right now, the Chicanos are crossing the city, tagging their symbol “CTOx3” large n’ proud on walls on the Northeast Side. Bartolo said, “We haven’t seen a lot of fallout from this yet, but I expect it will be coming.” All it will take is a Northeast gang “capping out” or vandalizing one of CTOx3’s tags for a turf war to take hold there, too.

Get your names and colors right. Chicanos Taking Over isn’t the only CTO out there. They fly brown colors, but Crips Taking Over, with the same acronym, flies blue. It’s been enough to confuse the Chicanos’ arch-enemies, Bloods Down South, who mistakenly attacked a Crip they thought belonged to the CTO in control of that neighborhood. You should also remember that gang colors don’t follow an intuitive logic, either. The 210 Red gang doesn’t get on with the Bloods. Bud Smokers Only (BSO), prevalent at Kennedy High School, fly blue, though you’d expect green. And Most Hated Boys (MHB) will tag in any color, because spray cans just don’t come in their “color,” camouflage.

Left, Right, Forks Up, Forks Down, Five and Six. Okay, here’s where it gets complicated. Two of the larger “nations” are the People and the Folks, and they hate each other. The People are associated with the Bloods, turn their caps to the left side, and embrace the number five. The Folks are linked with the Crips, wear their caps to the right and use the number six. Their symbol is a fork; so when you see a fork pointed up, whether it’s graffiti or a gnarled hand sign, you know you’re dealing with the Crip-friendly Folks. Conversely, an upside-down fork is usually topped with a crown referencing the People, represented locally by various Kings sets, such as Big Time Kings and the Rosedale Park Kings.

Speaking of Kings ... you don’t fuck with MLK. Though the entire city is a battleground, there is one patch of neutral turf: the Martin Luther King statue at New Braunfels and East Houston on the Northeast Side. “No one will ever mess with this statue,” Juvenile Probation’s Northeast Side gang-intelligence officer Albert Castanola said. Respect for the Civil Rights hero extends to the annual Martin Luther King Jr. March, the largest in the nation. “You will see East Terrace Gang members and the Blood STIXXX, which are pretty much the two major gangs in the East Side, and you’ll see all the other gangs at this march,” Castanola said. “They’ll be within a matter of yards of each other but they will not fight out of respect for him.” The rest of the time, the two gangs are separated by I-10, with the East Terrace Gang on the north and Blood STIXXX on the south. “You do not want to be on the wrong side of the highway,” Castanola added.

There are four ways for a girl to join a gang, but only one easy way out. Because male probation officers are prohibited from patting down females, girls are often the mules carrying the weapons and drugs. But they’re not always subservient: the Juvenile Probation department says more and more girl gangs are making names for themselves, and just as visciously as their male counterparts. A girl has four main choices for joining a gang:

Rolled in – She fights to prove her worth.
Diced in – She rolls a pair of die to see how many male gang members she’ll have to sleep with.
Put in – She commits a criminal offense.
Walked in – She gains entry by dating a gang member

She can get out by getting knocked up. “They can go out and get pregnant, whether it’s on purpose or by mistake and say ‘I’m pregnant, I’m out,’” Bartolo says. “The other females will usually leave them alone out of respect for the fetus.”