After spending the last couple of weeks poring over the hits and misses of the last 12 months (and before peering hopefully into the 12 to come), here’s a quick look at the most noteworthy investigations of the more distant (albeit not that remote) past::

Destroyer, We’ll Build Them a Golden Bridge (Scratch Recordings): The most recent album on the list, this 1996 debut offers recordings you’d probably describe as demos had they not actually been released for sale. Naturally, Dan Bejar buffs will want it, and New Pornoholics will relish a peek at pre-gloss renditions of “Streets of Fire” and “Breakin’ the Law.” More listenable but not much more accessible is Beast Moans (Jagjaguwar), a new album by another of Bejar’s collaborative supergroups, Swan Lake.

Pavement, Wowee Zowee (Matador): Just a shoelace older than the Destroyer disc but a helluva lot less obscure, this “Sordid Sentinels” edition of Pavement’s third album offers the expected outtakes and live tracks on a second disc, along with happy rarities like the Schoolhouse Rock tribute “No More Kings” and “Sensitive Euro Man,” from the I Shot Andy Warhol soundtrack. 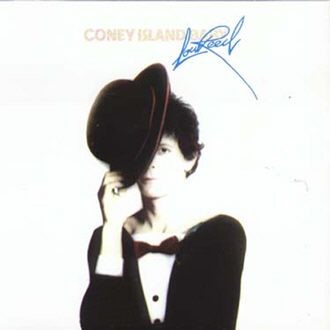 Lou Reed, Coney Island Baby (Legacy): While everybody’s talking about that recent all-star NYC tribute to Berlin, here’s a peek at how Reed bounced back from despair and Metal Machine Music ... offering almost as many bonus tracks as songs on the original album, including three never-before-released alternate takes. 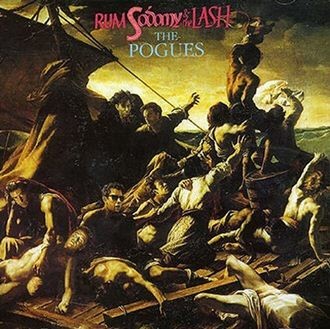 The Pogues, five albums (Rhino): How many people, during my years behind the counter of a used-CD store asked desperately if I could find them a copy of the out-of-print Rum, Sodomy and the Lash? Would they have followed me home and slit m’throat if I’d admitted I owned one? I’m safe now, as the band’s whole Shane MacGowan-era output is on new-and-improved discs — complete with a liner-note tribute by Tom Waits that suggests the gravel-voiced mad sound-scientist should always be heard and not read.

The Waterboys, Fisherman’s Blues (EMI): Scotland-born Mike Scott relocated to the Pogues’ homeland for this late-’80s gem, teaming with Irish instrumentalists for sessions that evidently went on forever: One full album of unreleased tracks came out a while back, and the bonus disc in this package contains almost no overlap. Diehards will pine for an authoritative box set, but this should tide them over.

Hickoids, Corn Demon (Saustex): A missing link in the devolution of psychobilly cowpunk was dredged out of the muck recently by local label Saustex. It ain’t refined, but it sounds about as much fun to me right now as the Reverend Horton Heat did when I first heard him — drawing, as the liner notes point out, on multiple connotations of the title vegetable (cornball, corn-derived liquor, et cetera), and wrapping it up in a sloppy, pun-happy, gleefully trashy package.

Incredible Bongo Band, Bongo Rock (Mr. Bongo Records): Ever wonder what “In-A-Gadda-Da-Vida” would sound like as reworked by a band of session musicians who replaced the vocals with a horn section? Or how “Satisfaction” would sound with a loungey sax filling Mick’s shoes? Look no further. The real attraction here, hip-hop historians know, is “Apache,” a percussion-heavy cover of the Shadows tune whose kick-ass breaks made it one of the most sampled tunes ever in the years after Kool Herc and Grandmaster Flash discovered it.


Random re-release notes: Reissue king Rhino tried on some interesting new approaches this year: Dwight Yoakam’s Guitars, Cadillacs, Etc., Etc. was presented with the 10 demo versions first, and the finished album on disc one’s second half; not sure I’ve seen that before, but it’s a nice way of pointing out that some of the demos (I’ll Be Gone) are actually more produced than the finished version. Their two Monkees titles, predictably, offer the stereo and mono versions of the original LPs on dueling discs; less expected is that each disc also boasts a rival trove of bonus tracks, sometimes setting one version of a tune on disc one against another on disc two. The new “Definitive” Greatest Hits by Al Green on Hi/Capitol may be the umpteenth repackaging of this material, but the accompanying DVD includes something fantastic: two brilliant, no-glitz 2004 performances where Green plays acoustic guitar with only a single instrumentalist to accompany him. Is there more of this VH1 Classic footage in a vault somewhere? Can I buy it, preferably without having to pay for my 30th copy of “Let’s Stay Together”?!