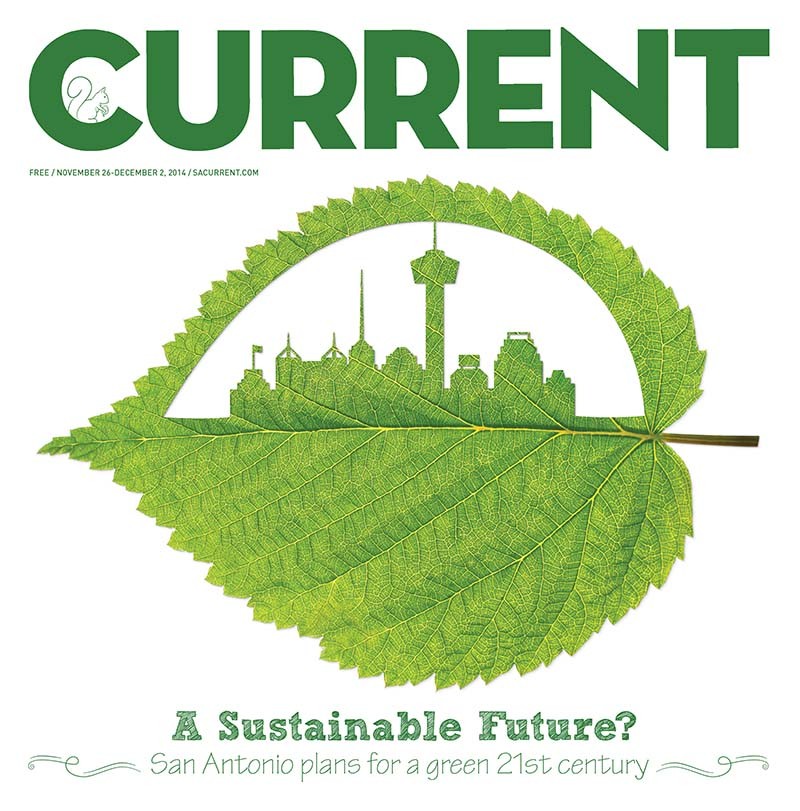 If it weren't for a blind cave-dwelling salamander San Antonio might have never seen the light when it comes to water conservation.

The Texas Blind Salamander is a state and federal endangered species, and in the 1990s the Sierra Club filed a lawsuit that resulted in the formation of the Edwards Aquifer Authority and in limitations on how much water the Alamo City could pump out of the aquifer. The salamander is important to this story because its existence forced San Antonio to commit to conservation and diversification long before the recent scorching drought impacted South Texas and much of the nation.

In the San Antonio Water System's most recent report to City Council, its total potable water demand for January through June 2014 was 113,077 acre-feet, or 36.8 billion gallons. That total includes 25.9 billion gallons pumped from the Edwards Aquifer, or roughly 70 percent of our demand. According to SAWS, the Alamo City has a secure water supply until 2060.

While many communities are just starting to understand the importance of water conservation, San Antonio residents have been immersed in it for decades. To outsiders, some of San Antonio's methods might seem downright batty. Through public-private partnerships, for instance, the City acquired a 1,521-acre conservation easement near the Bracken Bat Cave. The purchase accomplished two goals: protecting the flight path for the world's largest Mexican free-tailed bat colony, and preventing development over the Edwards Aquifer. To date, San Antonio has acquired more than 127,000 acres of conservation easements over the aquifer.

Over the next five years, that portfolio will expand to include four more projects, additional Edwards Aquifer water obtained through purchasing and leasing, more surface water from Carrizo, a brackish-groundwater desalination program and the Vista Ridge pipeline, which will provide the Alamo City an additional 20 percent of its annual demand for water from a non-Edwards Aquifer source. The pipeline, which will pump water from Burleson County, northeast of Austin, to Bexar County, is controversial because it will result in significant rate increases.

But San Antonio residents are the key component in SAWS' conservation efforts. The water utility offers multiple rebates for residential and commercial customers to encourage conservation, like its WaterSaver Landscape Coupon, irrigation design rebates and the WaterSaver Irrigation Consultation program. Through the program, Alamo City residents save 1.3 billion gallons of water each year, according to SAWS.

This multi-pronged approach that encompasses planning, diversification, conservation and community involvement, has made San Antonio a national leader in water conservation and planning. SAWS operates the largest direct recycled-water system in the country and its Twin Oaks Aquifer Storage & Recovery facility is the third largest of its kind in the nation.

"In July 2014, SAWS projected a 35-percent cumulative year-end cutback to its Edwards pumping permits, the most severe in the current drought. However, as a result of the community's investment in diversified water resources, water conservation programs, and strict adherence to Stage 2 drought restrictions, ratepayers have been able to counter going into Stage 3 or 4 restrictions," SAWS reported to City Council this month.

Our water utility's approach has been featured in prestigious media publications such as National Geographic, and officials from cities such as Detroit have visited San Antonio to learn how the Alamo City gets the job done. Influential organizations like the Natural Resources Defense Council have also highlighted San Antonio's conservation methods. A July NRDC report sums up the Alamo City's accomplishments.

"The San Antonio Water System, an integrated water and wastewater utility, has kept water demand steady for 25 years, despite a 67 percent increase in the number or [sic] water customers, through an aggressive conservation program," the NRDC report states. "This has allowed the city to avoid up to $2.7 billion in additional water supply costs and over $1 billion in expanded wastewater-treatment capacity costs. In fact, despite its rapid population growth, the city has actually been able to close one of its four sewage treatment plants."