If San Antonio Needs to Fund Another Round of COVID-19 Assistance, Here’s Where It Can Find the Money 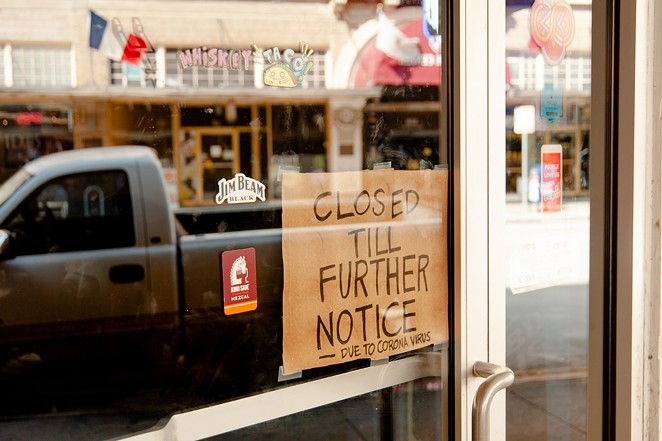 Aimee Wyatt
Editor’s Note: The following is City Scrapes, a column of opinion and analysis

So began Roddy Stinson’s Express column on Monday, January 17, 1977. The “sweet victory” savored by Beatrice Gallego and the COPS (Communities Organized for Public Service) organization that Sunday in early 1977 was the approval by city voters of the 10-1 district election plan for city council. The change in minority representation from an entirely at-large council would reshape both the makeup of the body and city policy priorities over subsequent years.

Just a few days ago, COPS/Metro could savor “sweet victory” once again, both for the organization and for the thousands of San Antonians who have had their lives and personal finances upended by the coronavirus and the stay-at-home orders. The city council, in a 10-to-1 vote, approved the commitment of $25 million for emergency assistance, to help residents with rent, utility bills, gas, groceries and Internet access.

In the face of the current economic devastation, it’s not much. Hopefully, the money is only a first installment to address needs that are likely to grow over the coming months. Even so, it still took concerted pressure on the mayor and council to deliver on this meager amount.

An initial proposal by city staff, reluctant to commit the abundant general fund reserves and seemingly rummaging under the couch cushions for spare dollars, amounted to just $15.8 million. Almost all of that sum came from federal dollars, both under the current stimulus program and the Community Development Block Grant program.

The possible local dollars were found in the Tax Increment Reinvestment Zone funds, including $400,000 from the Houston Street zone and the Midtown and Inner City zones at $1 million each.

These funds are where the city has stashed away the increased property tax revenues from new development around the Frost Tower and San Pedro Creek downtown, as well as along the Museum Reach of the river and the Pearl Brewery developments.

Then there was $3.05 million from the Housing Trust Corporations, and another $2.5 million from the Parking Enterprise Fund, originally budgeted for projects that aren’t likely to happen anytime soon. This all amounted to city hall’s spare change in the face of the situation exemplified by the lengthy lines for food aid from the San Antonio Food Bank.

At this point, it’s difficult to predict the course of the coronavirus locally or the depth of the economic recession locally and nationally.

But if the pressures on San Antonio families continue though the summer and into the fall, the need for public assistance will undoubtedly be far more than the current allocation of $25 million.

So, in the interest of easing the workload of city staff, here are some suggestions for where a few extra dollars might be found.

The current fiscal year 2020 budget includes $2.5 million in “Visit San Antonio Hosting Obligations,” described as “funding for annual contractual obligations to support major conventions, meetings and/or events.” I’d guess (or even bet) some of those conventions and events aren’t happening this year. Surely, that money could be better used for San Antonians.

And then there is the place where City Manager Erik Walsh, and his predecessor, has been stashing general fund dollars in recent years: street maintenance.

The current budget allots a whopping $110 million to street maintenance. I enjoy the nice fresh asphalt as much as any driver. But, surely, we could make do with a little less this year, putting off those maintenance projects for some months or shifting the spending to the next fiscal year.

We shouldn’t prioritize street maintenance over a local populace scrambling to find food, pay bills and maintain a roof over their heads.

Now is the time to prioritize people over potholes.