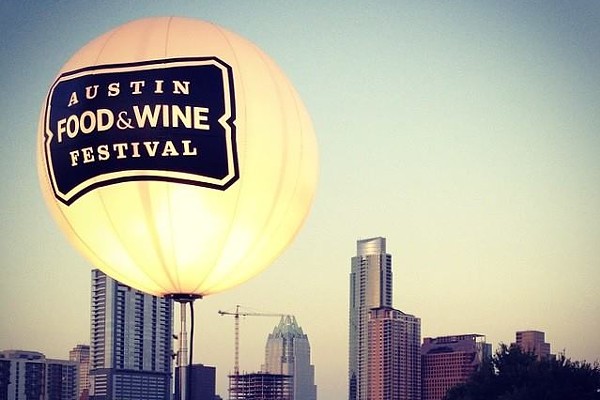 Courtesy
Tickets are now available for the Austin Food + Wine Festival, slated for April 24-26, and so is the list of participating chefs.

Taste of Texas on Friday, April 24, which has already sold out since tickets went on sale on January 21, will feature Diego Galicia and Rico Torres of Mixtli, along with newcomers to the event (but not our hearts or stomachs) Steven McHugh of Cured and Quealy Watson of Hot Joy. All-In Passes are still available for $550 and include admission to this event.

Dady will then represent SA for the Rock Your Taco competition on Saturday, April 25, where he'll compete against the likes of former Top Chef All-Star champ Richard Blais, Tyson Cole, Chris Shepherd of Houston's Underbelly, Hugh Acheson, and more. Tickets, still available, are $200.