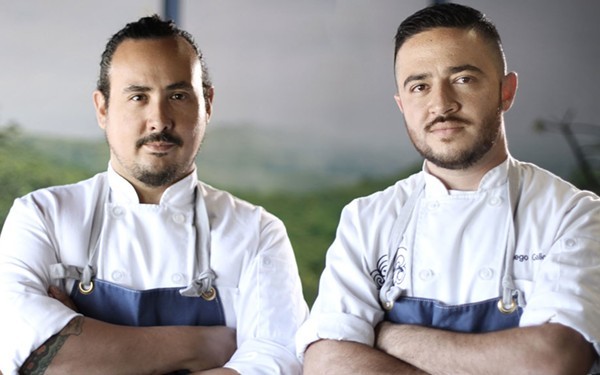 Taste the Nation explores the term "melting pot" by chronicling Lakshmi’s journeys to different parts of the United States as she engages in conversations with immigrant groups about what American food is today.

Torres — a Food & Wine Best New Chef and James Beard Foundation semifinalist — is half of the culinary master team behind Mixtli, which operates from a converted boxcar in the Olmos Park neighborhood. Mixtli dinners feature eight or 10 courses centered around a specific region of Mexico, focusing on tradition and telling that region's authentic food story.

"The show is a really special take on where American food comes from,” Torres told the Current. "We’re a country of immigrants, and every generation before us has brought something to the table, making up the culinary landscape we see today."

"I was kind of sick of everybody else telling 'the immigrant story,'" Lakshmi said in an Instagram post about the upcoming series. "I really wanted to give voice to communities that we don’t hear from in a mainstream way.”⁣⁣⁣⁣

For his spot on the show, Torres met Lakshmi in his hometown of El Paso. In the segment, Torres shared his experiences of life and food on the border and explained how they contribute to a rich culture.

"We roasted chiles, braised pork and drank mezcal ... and chatted about the political changes we're seeing,” Torres said. "There are a lot of misinterpretations of what it’s like to grow up on the border, and it was really cool to be a part of the conversation [Lakshmi] is putting out there."

Hulu subscribers can catch the SA chef on the premiere episode of Taste the Nation, which drops Thursday.