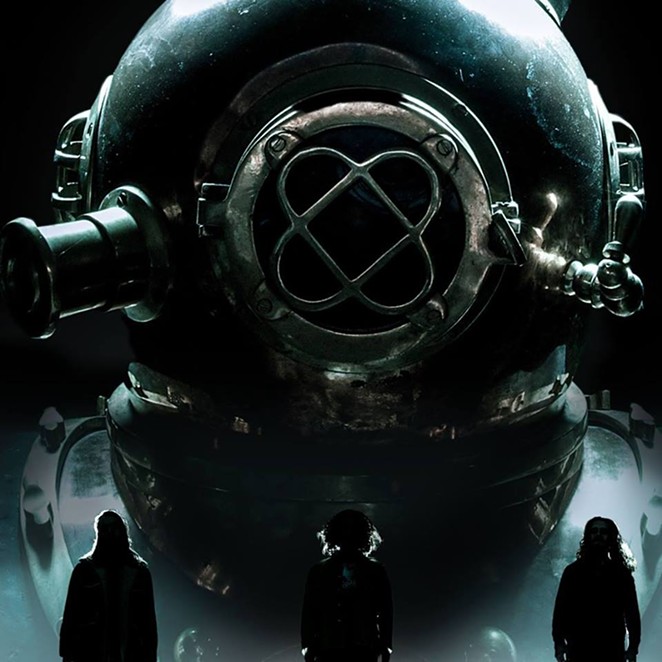 Crown and their submarine friend Neal
Earlier this month, SA trio Crown released the video for "The Ballad of One-Eyed Neal," one of the longer gems from their 2014 debut Are These the Good Days? To stick with the surf-rock theme of the song, directors Greg Gabrisch and Daniel Navarro imagine the titular character as an old-timey submariner.

The video cuts between Crown playing in a dark, windy room and their cyclopic friend going out into the world, taking a VIA bus and eventually finding the coast. As the band slows down into a deep and heavy groove, the video reaches cacophony, with Neal battling a shark on the ocean floor. Over seven minutes long, it's a gorgeous presentation, taking up the challenge of a long music video with narrative glee.

Crown- "The Ballad of One-Eyed Neal" (Official Video) from EYE I EYE FILMS on Vimeo.