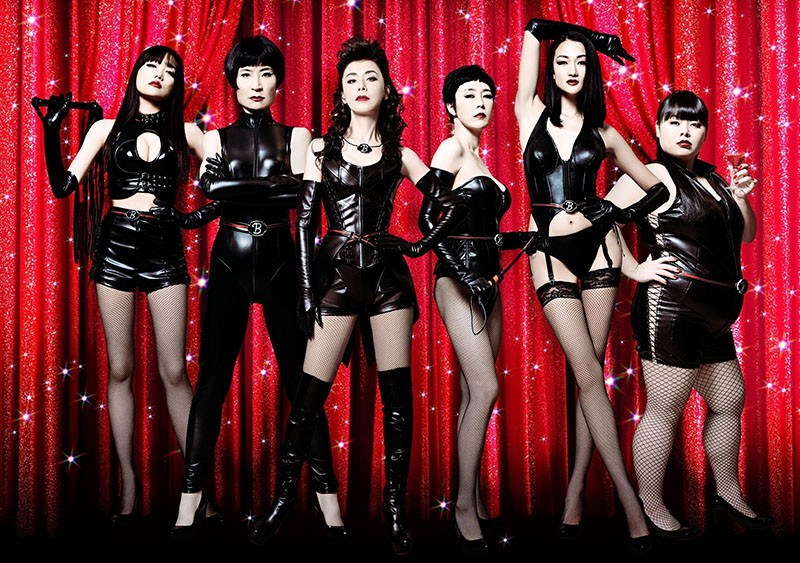 March's biggest video releases are The Hunger Games: Mockingjay Part 1 and The Hobbit: The Battle of the Five Armies, at least one of which seems unnecessarily protracted. No matter how well a movie does at the box office, most people wait to see it at home. But there are also so many unusual and quirky TV shows on demand and home video, there aren't enough hours to catch up. We'll all have to quit our jobs.

A surprising number of series are historical. DaVinci's Demons (The Complete Second Season) continues the fanciful STARZ epic inspired equally by The Borgias and The DaVinci Code, while their even more fanciful Outlander (Season 1, Volume 1) dramatizes Diana Gabaldon's genre-mixing novels about a WWII nurse who somehow time-travels to 1743 Scotland and falls in love with a Highlands hunk while all kinds of stuff is going on.

At the very least, these are fast-moving, good-looking shows. A more accurate historical adventure is AMC's TURN: Washington's Spies (The Complete First Season). Jamie Bell stars in a true story of friends who invent spycraft to help George Washington's rebels against King George in the American Revolution.

Crimewise, Longmire (The Complete Third Season) focuses on a tall, gruff Wyoming sheriff and his Native American buddy. Also working the angle of the small-town cop and a Native American tribe is the broodier, six-part Sundance serial The Red Road (The Complete First Season). That's set in New Jersey, and the hero's problem-ridden wife is a crucial plotline. The most testosterone of all is expended in the slam-bang first season of Transporter: The Series, about a courier who only accepts jobs involving kingpins, hitmen, contraband and high-speed chases. There's no shortage.

Forget the 50 shades. The title of Hitoshi Matsumoto's bizarre, facetious R100 is supposed to mean it's unsuitable for those under 100, because the story is periodically interrupted by distressed executives who wonder why it makes no sense. A schnook hires an S&M service to have women beat and kick him in public at random. And then it gets crazy and weird in a manner recalling cult director Seijun Suzuki — whom I'm willing to bet plays the 100-year-old director of the film within the film.

Alain Resnais' final film, Life of Riley, is a gentle comedy haunted by death. When three couples find out that a friend (never shown in the movie) has only a few months to live, it ignites regret among the women, who all want to run away with him and dump their partners. Resnais stages the film against artificial sets, using colors and music to distance us from angst and keep it jolly.

Making its digital debut is Ride the Pink Horse, a refreshing, offbeat noir directed gracefully by Robert Montgomery, who plays a gruff gangster sideswiped by his odyssey in a New Mexico town during a folk festival. Everything is outstanding, from the crisp dialogue to the virtuoso photography to the vivid performances. Thomas Gomez, who plays a carousel owner named Pancho, became the first Hispanic actor nominated for an Oscar.

Robert Altman's Vincent & Theo offers a grungy, gritty portrait of struggling artist Vincent van Gogh (Tim Roth) and the brother (Paul Rhys) who supported him as financial and health issues plagued them. It's a rude, restless, nervous movie, shuffling between the men's lives with an eye for colors and textures, and aided by Gabriel Yared's nerve-rattling score of modernist madness.

Speaking of rapture, Musicals 4-Movie Collection is a blu-ray set gathering Singin' in the Rain and the blu debuts of The Band Wagon with Fred Astaire, Calamity Jane with Doris Day, and Cole Porter's Kiss Me Kate in both 2D and a long-unseen 3D version. They're also out separately, but you might as well spring for the set, if you have any liking for glory in HD.

After Edward S. Curtis became famous for photographing Native Americans, he cast British Columbia's Kwakiutl people in the silent romantic drama In the Land of the Head Hunters (1914), now restored as much as possible despite missing footage and recreating its original tints. The best extras on the blu-ray are reactions of today's descendants and a display of tribal dancing. Also included, in much rougher shape, is the re-edited 1973 version, which recreated the film's most spectacular stunt (a man falling off a cliff) to replace lost footage.

Documentaries are now popular, but it wasn't always so. Criterion is reissuing important titles that broke through the art-house ghetto and called attention to the dreams and emotions of ordinary folks. Errol Morris' double feature Gates of Heaven/Vernon, Florida (1978, 1981) looks with deadpan sympathy at quirky souls who put their hearts on their sleeves, whether it's about the death of their pets or life in their small town. The Thin Blue Line (1988) went farther, using an arty, self-conscious style (and music by Philip Glass) to question the evidence that put Randall Adams on Texas' death row — eventually getting him released.

Modest in focus, yet ambitious in scope, Hoop Dreams (1994) charts the five-year struggle of two young black men in Chicago as they hope to become pro-basketball players. The film changed their lives, and another thing it changed was the Oscars nomination process after Gene Siskel and Roger Ebert (who'd both named it their #1 film of the year) and many other critics expressed shock at its omission from the nominees.