One Year Later: An Uber Marriage To SA Failed To Lyft Off 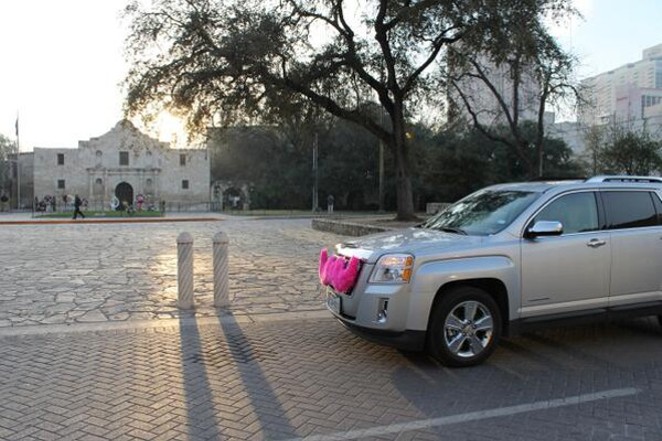 Courtesy
Well, it's been about a year and the relationship has already ended.

The Alamo City did want to make it work, though. City Council amended its vehicle-for-hire ordinance for the companies in an effort to keep the transportation network companies around. When that wasn't enough, City Council again amended the ordinance in an effort to stay attractive despite objections from members of the taxi cab and limo industry.

But the relationship was doomed from the start.

Almost immediately after Lyft announced it was starting operations in the Alamo City last March — the anniversary was March 21 — the San Antonio Police Department issued it a cease-and-desist order. The city's one-year mark with Uber is March 28.

And on April 1, neither company is allowed to operate on San Antonio roads — talk about an ugly break-up.

But despite the cease-and-desist order, the hours-long public meetings that sometimes got ugly and threats to leave, both companies had sweet words for San Antonio at first.

“San Antonio has been a longtime supporter of tech and innovation, and has a vibrant local culture and more than 120,000 college students,” Katie Dally, a Lyft spokeswoman, told Silicon Hills News at the time.. “It’s also been a transportation innovator, being Texas’ first city to have a B-cycle bike share system. Lyft fills in the gaps to enable residents to get around safely, reliably and affordably without always using their own cars.”

Uber blogged about their love for the city, too.

"We know that first impressions are very important and we’re eager to start off on the right foot! It’s true, the best things in life are free so beginning March 28th, uberX rides will be FREE for the fine people of Alamo City. There’s never been a better time to see what we’re all about and spread some #UberSALove," Uber wrote on its blog.

Oh, how the dialogue changed.

"In one vote, the city has destroyed thousands of jobs and eliminated a safe transportation option. The city's decision to ignore the will of 13,000 constituents who repeatedly urged the city to keep Uber in San Antonio is disconcerting to say the least," Uber said in a statement provided to the San Antonio Current. "The revised ordinance remains one of the most burdensome in the nation."

Here we are, a year down the road and it's already over. Unless, of course, Uber and Lyft drivers obtain a permit, which the companies say impedes business and is burdensome.

So it seems that this really is the end. But hey, at least SA still has its old flame: the taxi cabs.