Bottle & Tap: Tasting Hop Teas (So You Don't Have To) 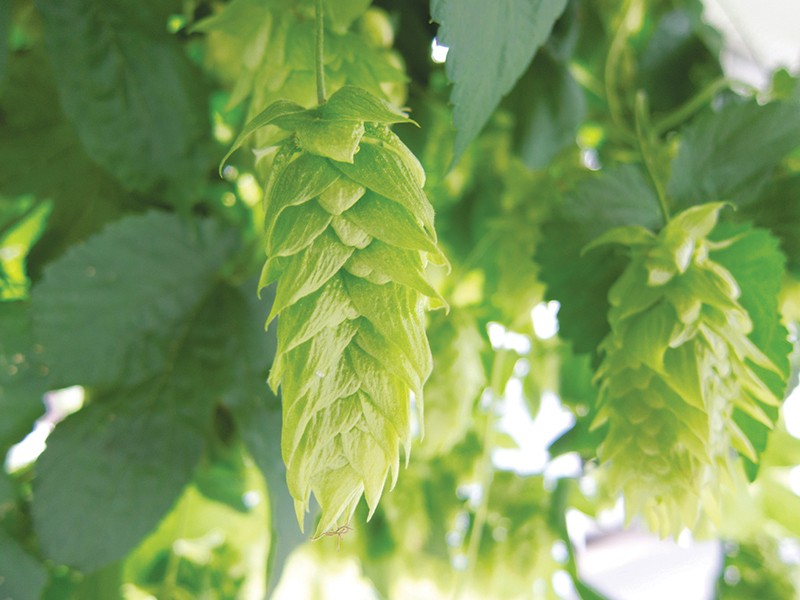 No doubt about it, artisanal American brewing is defined by its hop lust. From Dogfish Head's patented dry-hopping contraption to the proliferation of West Coast IPAs, those little green cones have provided both a national beer identity and approximately 56 percent of all punny beer names.

Despite the centrality of this ingredient, though, the varieties of IBU experience can be perplexing: What distinguishes Tettnang and Saaz from Bramling Cross? Dry hop or wet hop? Do all the U.S. strains begin with a "C"?

While it would be impossible to answer all such questions in this column, your humble beer correspondent elected to submit himself to a hop tea taste test in order to investigate our national love for bitter extremes.

Hop tea is easy to make. Visit your friendly neighborhood homebrew supply store, where hops are sold by the ounce as either loose leaves or concentrated pellets. Then choose from any number of European, American or Australian varieties (Hopunion's website can help you navigate your options).

A ratio of half an ounce of hop to 16 ounces of water ensures maximal steeping and lets your shaker pint glass pull double duty. Let the tea sit for 10 to 15 minutes, strain out the boggy murk at the bottom, then imbibe.

I opted for Chinook, Amarillo and Cascade pellets, all uniquely American strains that appear in a plethora of brewing recipes. Indeed, all three are the result of Yankee ingenuity. Amarillo was nurtured in Washington State's Yakima Valley (the Holy Land of U.S. hop crops) by Virgil Gamache Farms; Cascade and Chinook both grew out of Oregon State University's agriculture program. They all looked the same in the glass, though — the hazy hazel of an unfiltered hefeweizen, a little bit of hop oil swirling around the surface.

After taking a minute to let them cool and brace myself for face-imploding bitterness, I took a sip of Cascade. Bitter, certainly, but also spicy, earthy and a little bit meaty, like the ingredients in a good Italian dish. The Amarillo was lighter on the palate and recalled no-sodium chicken stock, plus the plucky characteristics of a classic American IPA. After picking some hop husks out of my teeth and a good distilled-water mouth rinse, I went for the Chinook, which tasted like a few flower petals had gotten mixed up in the bag; despite being a dual purpose instead of merely aromatic hop, it was the least aggressive of all three.

A little of each certainly went a long way. After taking in about two ounces of each glass, I had reached my limit and proceeded to hop (ha!) into bed and have some seriously strange dreams.