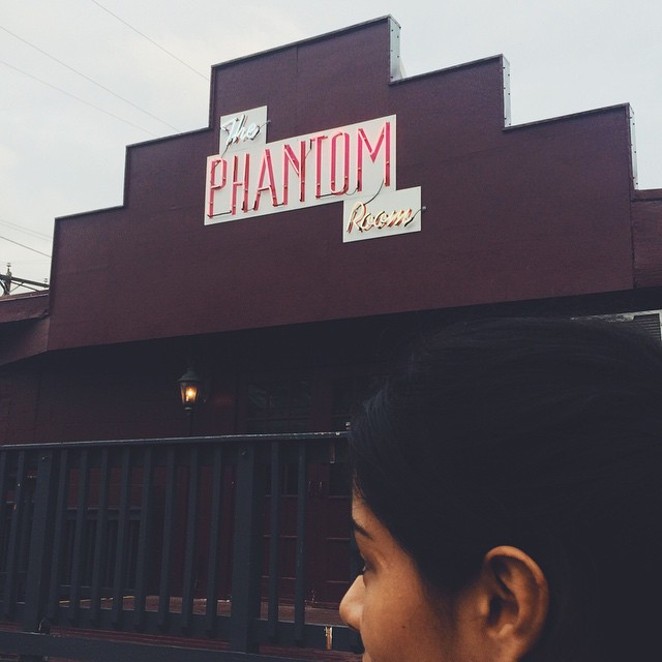 @father/instagram
The Phantom Room will be hosting "Cock Block Thursday" with a tongue-in-cheek twist.
On Thursday, June 18 The Phantom Room (2114 N. St. Mary's St.) is hosting an event that we should all taco 'bout. Every Thursday, the bar, owned by Danny Delgado (Hi-Tones, Faust), celebrates ladies that love ladies by offering a weekly lesbian night, although next week's "Cock Block Thursday" is going to be a little different.

Joining the celebration, Filthy Kitchen Pop-Up will be selling food that plays on the evening's theme, but, of course, in a "filthy" way. For around $10 per plate, the tongue-in-cheek pop-up will be serving several entrees including: a handful of "Pink Tacos"; "Cunnilengua Tortas"; "Tossed Salads"; and your choice of a cup of beans.

The food will be prepared by Crossroads Southern Kitchen's chef Drew Morros. Morros, who formerly prepared food at The Cove, is a jackie of all trades chef. At The Cove she was in charge of preparing a vegan menu while at Crossroads she specializes in Southern-style food. Morros knows her way around a kitchen, and if you've ever had the pleasure of dining at her establishments then you will know to expect the food at the Filthy Kitchen to be a superb combination of goodness.