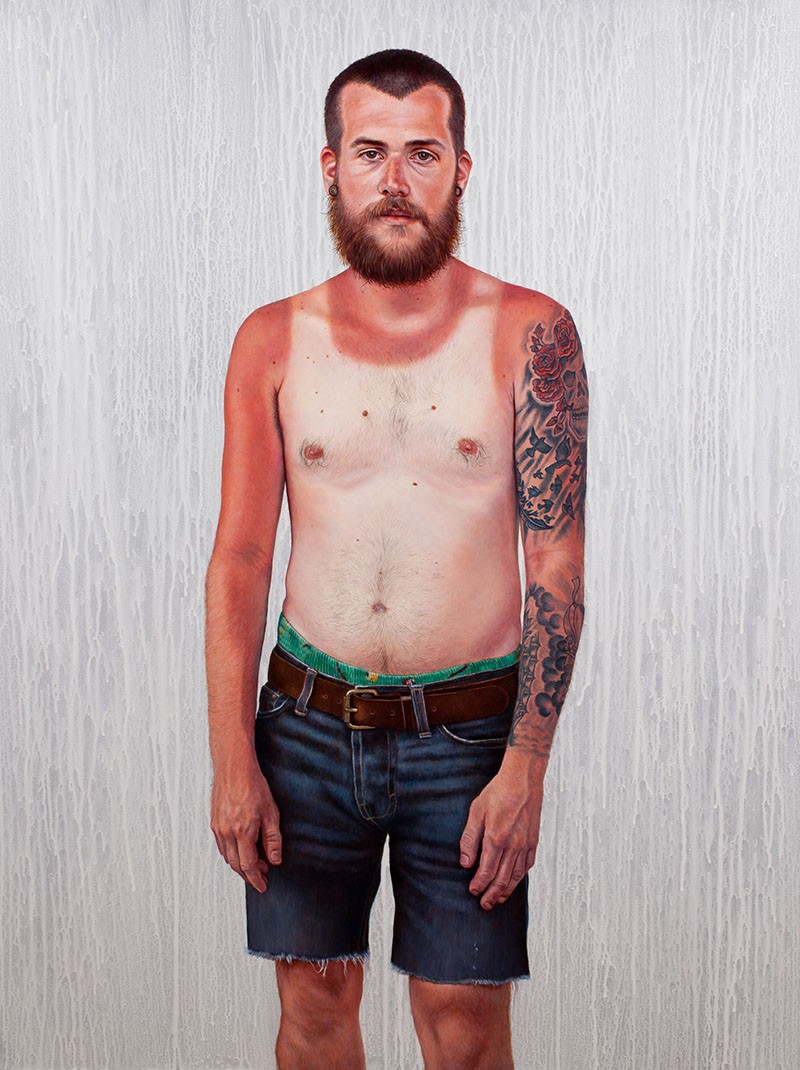 When Mary Heathcott became executive director of Blue Star Contemporary Art Museum, she learned artists were always invited to propose exhibits. But since it wasn't well publicized, only those in the know responded, leading to charges of "insiderism." Last summer, Heathcott advertised an open call to artists nationally and received more than 400 responses.

Aided by members of her exhibits committee, she divided 21 finalists into four exhibits on view through August 9. Despite the diversity of responses, the work is best summed up by the title of the Main Gallery exhibit, "Everyday Is Ordinary."

"Many of these artists didn't know about the Blue Star and we didn't know many of the artists, so it helped to spread our network," Heathcott said during a press preview. "But I was surprised how many artists were looking at ordinary life. When we're being bombarded with so much information from social media and the internet, these artists are exploring our shared commonality — family, work and home."

'Of Reference, Of Departure, Of Origin' 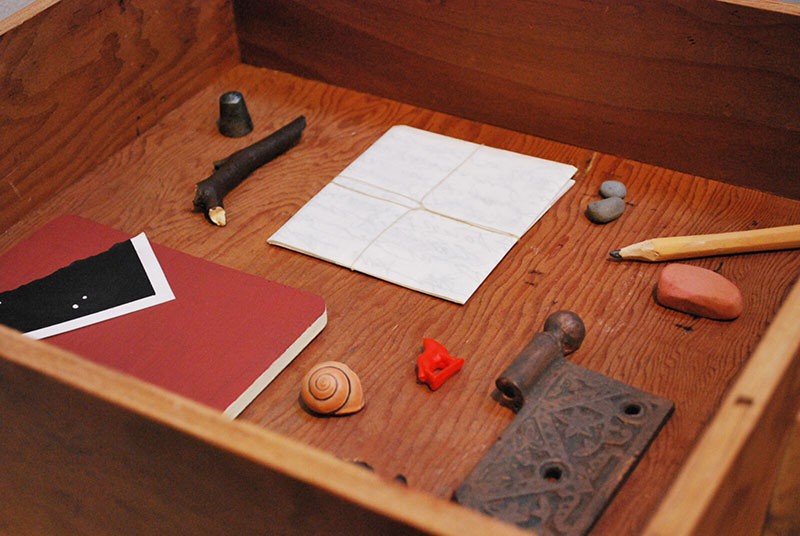 A cluttered desk, a stack of books, a collection of stones — Cynthia Gregory's incredibly realistic sculptures look like artifacts plucked from a writer's study. But nothing is quite what it seems. The books and composition tablets are carved from discarded lumber. Pencils, erasers, rulers, paperclips, seashells, rocks and other bric-a-brac are carefully fabricated in plaster and painted. However, Gregory hopes you will see more than simply amazing three-dimensional trompe l'oeil.

"My intention is not to fool people," Gregory told the San Antonio Current. "I am an artist of the hand by the hand. Much of my work is guided by my exploration of the connection between writing and drawing."

The everyday objects she constructs are often the only physical evidence of a creative person's mental effort to rise above the ordinary. Snapshots and small, personal drawings provide fuel for memories and the imagination. Grass stems contrasted with starry views of the cosmos illuminate the gap between physical reality and our yearning for the spiritual, universal and transcendent. 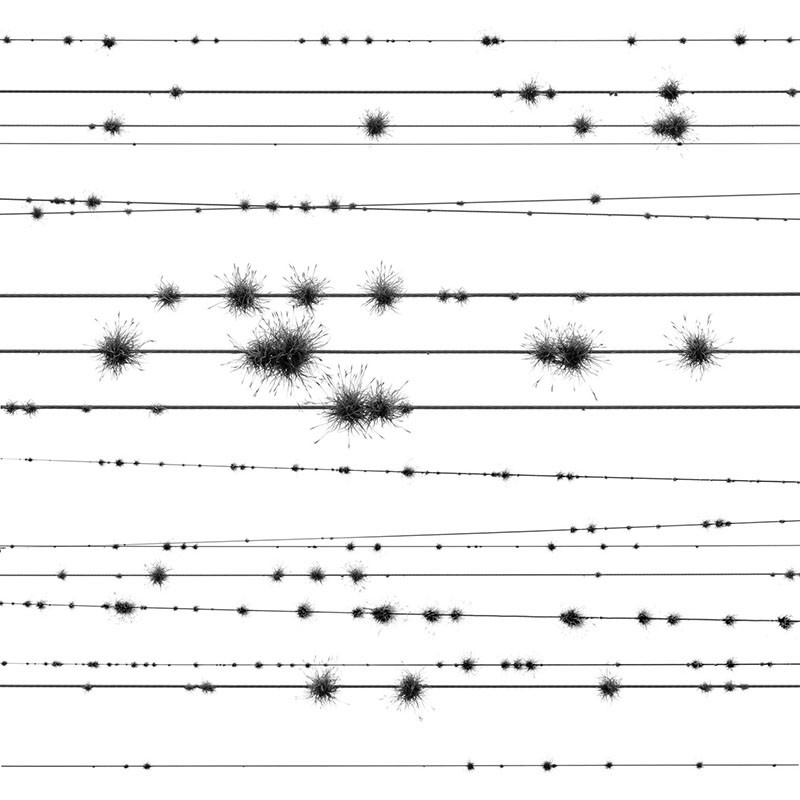 In the 1960s, Marshall McLuhan coined the terms "the medium is the message" and the "global village," anticipating the interconnectedness of the World Wide Web 30 years before it was invented. His communication theory seems more relevant than ever, but the 10 artists assembled for "Transmission" are primarily concerned with how advances in communication technology are intruding on and reshaping our fragile sense of self.

Benjamin McVey of Northwest Vista College charts our disintegrating personal space in his minimalistic, laser-cut Fractures I. Alluding to the tilted perspective of tile floors in Renaissance paintings, he uses rings of hexagons to signify the personal, social and public boundaries that buffer people.

"I've been investigating proxemics, which studies the degree of spatial separation individuals naturally maintain in different social situations," McVey said. "But our personal space is becoming warped and fragmented by social and digital media. When people can call you at any time and study your personal life on Facebook, it prevents us from maintaining any sense of privacy."

Transylvanian-born artist Elisabeth Ajtay of San Francisco obliterates advertising's subliminal influence, providing viewers with a blank slate for their own slogans in her nighttime photographs of billboards she encountered while living in Germany. She provides the advertising slogans in her titles — I'm rich, refined and critical — but the billboards are wiped clean in her digital images.

"By cutting out the advertising, I think you can make a kind of peace with it," Ajtay said. "You can create whatever you want and project it on the space."

San Antonio photographer Ansen Seale is showing a computer-manipulated digital print of ball moss growing on wires in Moss Music, which suggests musical notes. He plans to turn the design into a large-scale public artwork for the remodeled AT&T Center.

"I'm going to turn the image on its side and make it about 25-feet wide," Seale said. "It'll be behind a special glass that will light up with colors when you touch it. Since the center is designed in a 'Texas barn vernacular,' it will be the Texas landscape redux."

Korean-born Hyousang Yoo provides a disturbing image, Nothing But Flowers, becoming nauseatingly ubiquitous at art museums, concerts, sporting events and other public venues — people mindlessly holding their smart phones over their heads and taking pictures. Instead of directly experiencing what they are witnessing, absorbing a real event in real time, people now rely on crappy cell phone photos to mediate what they think they ought to remember.

Large-scale works about family, labor and domestic architecture occupy Blue Star's biggest space, but seemingly most intriguing is the subtlest — scuff marks on the wall.

During the opening, Dallas artist Ryder Richards adopted the dress of a "nouveau cowboy" and the slouching posture of a John Wayne-wannabe, using one boot heel to prop himself up against the wall.

"When I had a gallery in Lubbock, I always had to paint the walls after an opening because of the cowboys," Richards said. 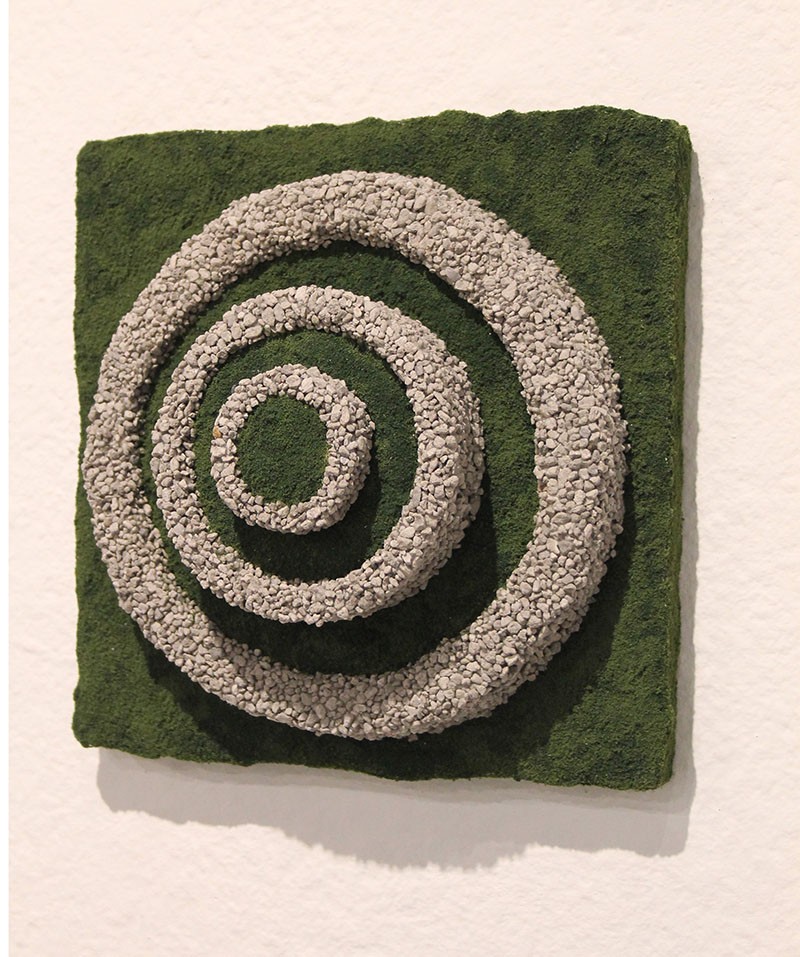 New York-born Emily Fleisher of San Antonio College finds the universe in a package of Pastina, an East Coast staple and a favorite childhood food. In stop-motion animation, the tiny stars of pasta spin into a map of the cosmos, supplying an endless vista for a child's imagination.