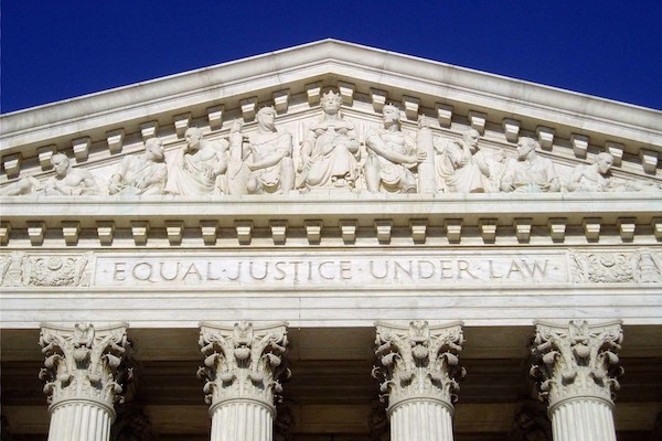 Wikimedia Commons
In a 5-4 decision, the U.S. Supreme Court ruled that those making discriminatory claims under the Fair Housing Act in court do not have to prove that the decisions affecting them were made with intentional bias.

The case, Texas Department of Housing v. Inclusive Communities, is considered a major civil rights win and broadens the interpretation of the Fair Housing Act  to allow for disparate impact claims. As the Dallas Morning News reports, civil rights leaders were concerned the decision would go the other way. You can read the opinion, authored by Justice Anthony Kennedy, here

Disparate impact regards decisions that have a disproportionate effect on racial minorities and other protected classes, meaning that although they were made without discriminatory intent, their implementation had discriminatory results. At issue in this particular case were tax subsidies granted by the State of Texas to build low-income housing developments. Inclusive Communities, a Dallas-based non-profit that works to place low-income Texans in affordable housing located in the city's more wealthy and white suburbs, claimed that the distribution of the state's subsidies encouraged housing segregation. The subsides encouraged affordable housing development in low-incomes and racially segregated neighborhoods.

As City Lab explains, issue of unintentional housing discrimination made national news earlier this month when a McKinney, Texas, police officer pulled a gun on unarmed black teenagers who attended a pool party in a predominately white gated community.

The fundamental demographic divide in McKinney came to light in The Inclusive Communities Project., Inc., v. City of McKinney, Texas, which is cousin to the fair-housing case now before the Supreme Court. In 2009, the Inclusive Communities Project—a Dallas nonprofit organization that works to expand lower-income housing access in higher-income communities—sued McKinney over what the group alleged were exclusionary-zoning practices that violated the Fair Housing Act. McKinney’s housing authority had refused to cooperate with the project’s efforts to build Section 8 housing in predominantly white, higher-income, west McKinney. The city and the nonprofit settled the case out of court.

In 2008, the Inclusive Communities Project brought a separate but related suit against the Texas Department of Housing and Community Affairs. That case—which was heard by the Supreme Court in January—argued that the state had violated the Fair Housing Act in its handling of low-income housing tax credits program (known as LIHTC). In Dallas, the state had disproportionately allocated these credits within minority areas of the city, the organization argued.

The US. Court of Appeals for the Fifth Circuit concurred: Even if the state did not administer the program in an intentionally racially discriminatory manner, the practice seen in Dallas has had a disparate impact on minorities. Now it’s for the Supreme Court to decide whether disparate-impact claims apply to the Fair Housing Act.