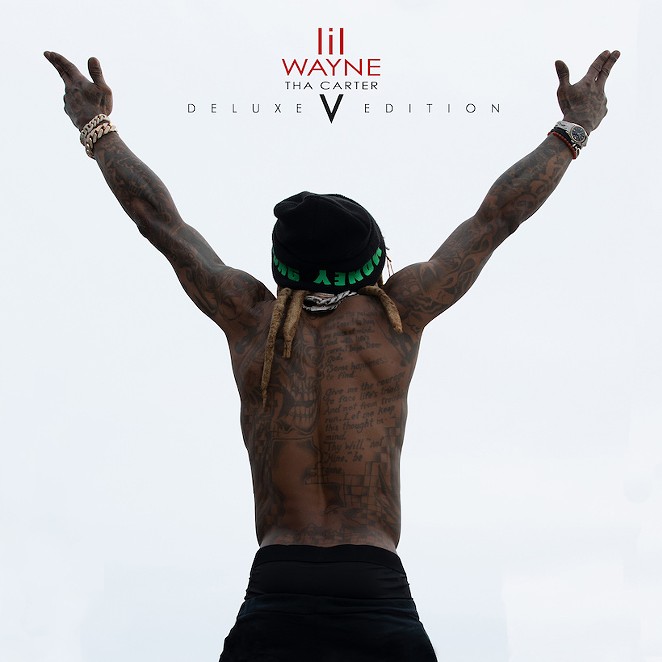 Young Money Records
In a surprising nod to the Alamo City, rapper Lil Wayne mentions SA in a recently released deluxe edition of his 2018 album Tha Carter V. In the song "Life of Mr. Carter," the New Orleans-born wordsmith worked in a shoutout to San Antonio, complete with a play on the word “spur.”

"Got a bone to pick? I pick it 'til you're boneless," he raps in the second verse. "Like I come from San Antonio, pop up at the spur of the moment, how you want it?”

The album was supposed to be released in 2014 — the same year the Spurs won their fifth NBA Championship — but due to several delays as a result of contractual disputes between Lil Wayne and label Cash Money Records, the release sat on hold for nearly 4 years.

When the album finally dropped in 2018, it debuted at number one on the Billboard 200, and grossed more than 433 million streams — the second-largest streaming week for an album of all time.

The deluxe version, which was released last week, features 10 tracks that were excluded from the 2014 release, including "Life of Mr. Carter." Guest artists featured in the previously unreleased tracks include 2 Chainz and Raekwon.