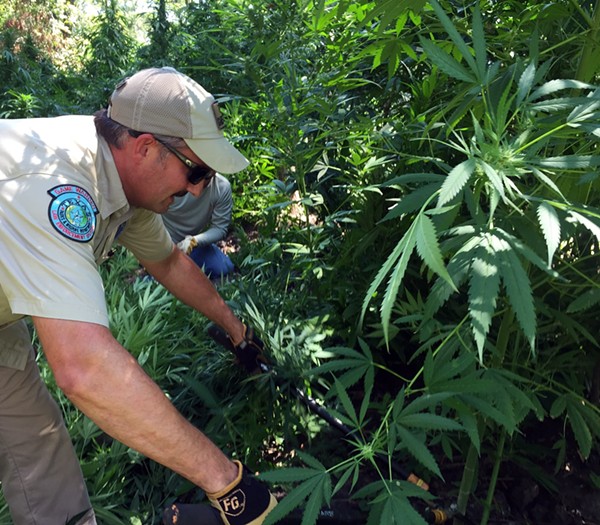 This wasn’t some fly-by-night closet hydroponic operation. Game wardens uncovered a “campsite with tents, farming tools, fertilizer, a generator and water pump irrigation equipment,” according to the Texas Parks and Wildlife Department.

“This was not someone playing around and experimenting,” Texas Game Warden Captain Steve Stapleton said in a news release. “The camp was at least a mile from any road in some harsh conditions. They picked this spot on purpose and spent day and night out there for some time. There was a lot of trash to clean up.”

It’s unknown who was behind the pot plot, as an extensive search of the area yielded no suspects. But perhaps the biggest crime, according to Texas Game Warden Chris Fried, was the damage done to the environment around the area.

“They cut mature hardwood trees, including a pin oak that was at least five foot in diameter, and cleared parts of a levee that will take many years to recover. The chemicals they sprayed, insecticides and pesticides that contaminated the soil and eventually run off into the streams will have lasting impacts,” Fried said.

In addition to destroying the marijuana, all of the equipment found at the site was seized by the Texas Parks and Wildlife Department.