Who to (Not) See at Fun Fun Fun Fest Courtesy
Look at all the people. Neat.
Our own Alejandra Ramirez and Jaime Monzon will be in Austin for FFF this year and their coverage will be up throughout the weekend, pero, for now, I will being supplying you with the artists (I use that term lightly in some cases) that you should check out if you're heading up 35. Colin Way
Viet Cong, who now are not Viet Cong but are listed as playing at FFF under the name Viet Cong. How very post-modern

I was gonna suggest seeing Viet Cong, but that was because I heard rumors that they changed their name to "Diet Dong," and although I do hate band names that scream of a specific time or trend (any band with "wolf" in the name {except AIDS Wolf}, any band with "aids" in the name {except AIDS Wolf}, using Vs, Us or Ws interchangeably, dropping out all of the vowels, "Crystal anything," etc.) I am totally into Diet Dong. But really, if you dig David Bowie, Television, Gang of Four, Talking Heads, or that kinda thang, check out Viet Cong. They totally take that '70s-'80s, coke-hangover, let's-stay-spacey-but-get-real vibe and do it hella well. (I never use the word hella, but felt like is was apropos considering that I'm writing about an Austin festival, I will not be using "kewl beanz," however...unless Modest Mouse is playing this year). Facebook
See how cool Cheap Trick were......25 years ago.
I feel like if I was genetically or socially predisposed to liking Cheap Trick, it would be just that. But I'm glad the dads have something to rock to while people that don't mind bands spelling their band name with interchangeable vowels have to wait and be subjected to the dads rocking out to Cheap Trick. It's a perfect yin-yang sort of thing. 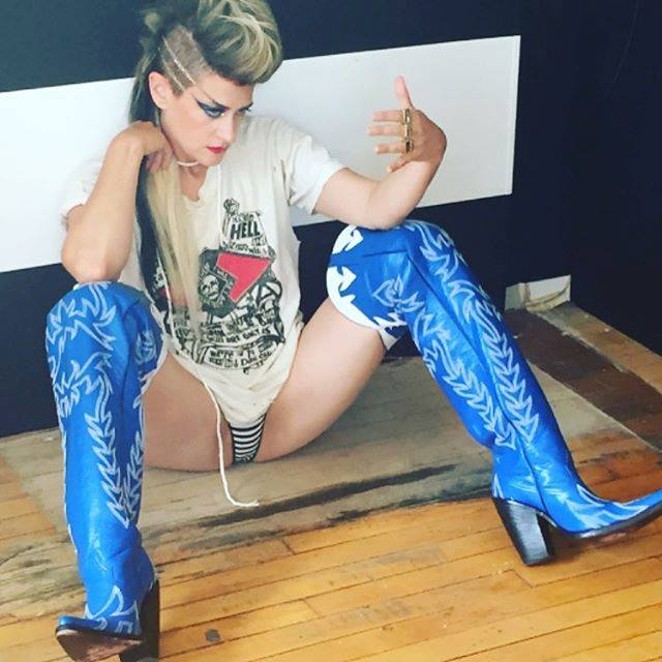 George Pitts via Facebook
Peaches
I would go watch Peaches because that's where the hot girls over 28 will be, and then act like I was down all along when "Teaches of Peaches" is played.

This is my camp. I would watch everyone. Future Death, Nothing, Mutoid Man, The Dwarves, Parquet Courts, Babes in Toyland, Converge and Drive Like Jehu. I would get drunk and do drugs with my friends and have lots of fun. Then, when Coheed and Cambria take the stage, I would leave. Fast. 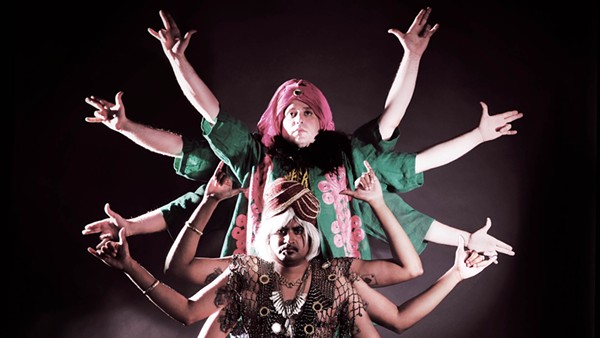 Courtesy
Six arms 2 dongs
If you missed this junkyard punk, trash doo-wop duo on Tuesday at Paper Tiger, now is your chance to make up for it. Unless you hate hilarious dudes who throw in irreverent and totally punk lines like "I wanna suck Hitler's COCK!!" in songs. Angry Samoans meet GG Allin meets The Crystals, but only 2 dudes. 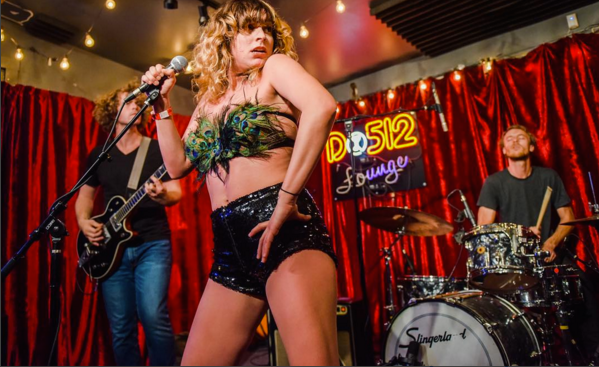 Facebook
See kids, rock 'n' roll.
I remember opening for this band when I graced the 512 with my presence, brilliance and $900/month in rent, split three ways ('07-'09). The reason they make the list, besides their decent-ness is because they are still at it and busting ass for nearly a decade and getting tossed the bone of opening act at 12:30. This pick is for the working bands that bust ass to get thrown the scraps and never bitch. 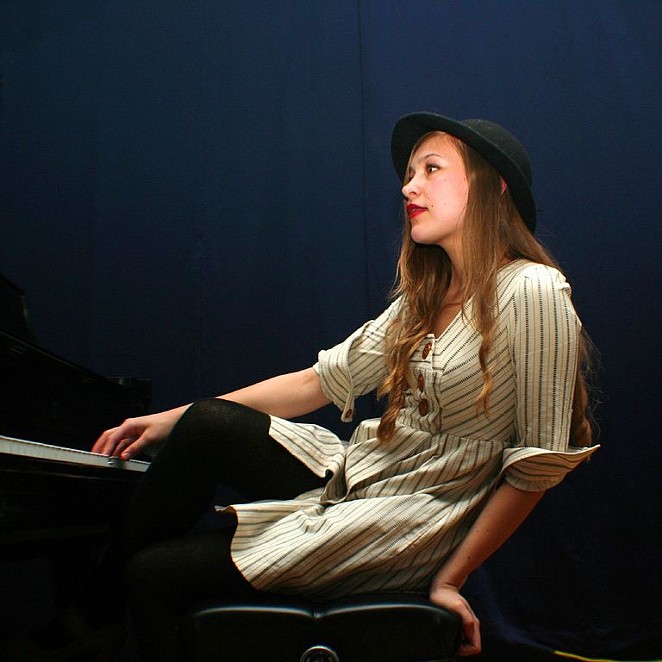 wikimedia
Joanna Newsom, who I really like looking at. Not Joanna Gruesome who I really hate.
Punish them with your absence! This is the one on the list to AVOID!! Just because of the name! I believe in the post-modern push of no rules and complete absurdity, blah blah blah, but it's your band name!! To reference a still-operative artist, especially an indie one that is not a household name is breaking an unknown code. It's like covering songs by bands still touring, or The Beatles. If I want to hear a Black Lips song live, I'll go see the Black Lips! I respect the derisive nature of giving zero fucks - a good song is a good song - but you run into the predicament of someone in your audience knowing the reference and then you're competing with the actual band that plays that tune, and you'll lose that battle. You also come off as just piggybacking on that band's righteousness, even if you're badass yourself. Same applies to the band name. Just act like you didn't come up with your band name in 14 seconds based on a lame inside joke between you and your probably pretty cool, funny friends. Aim higher. The bar is set at Cannibal Bitch, now GO! 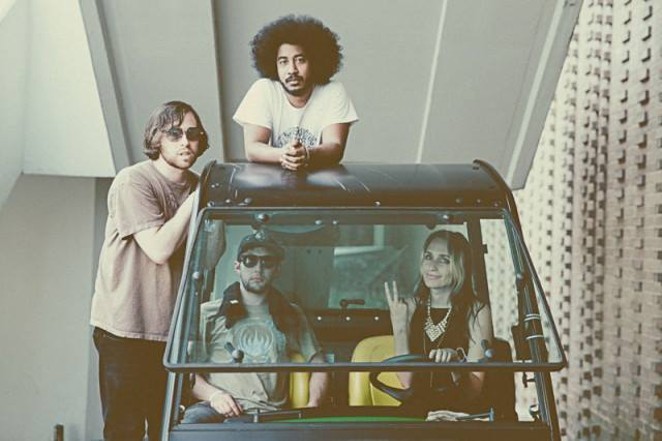 Courtesy
I got nothin'
We are old enough now where Elliott Smith, Built to Spill, Weezer and The Pixies are the new go-to bands, with enough of an out-of-reach unattainability for Generation Z to romanticize them and worship them even more so than their slightly older counterparts. You catch my drift here?

Some egos propel the band into rock star status by just being monstrous in and of themselves. I say this with admiration. 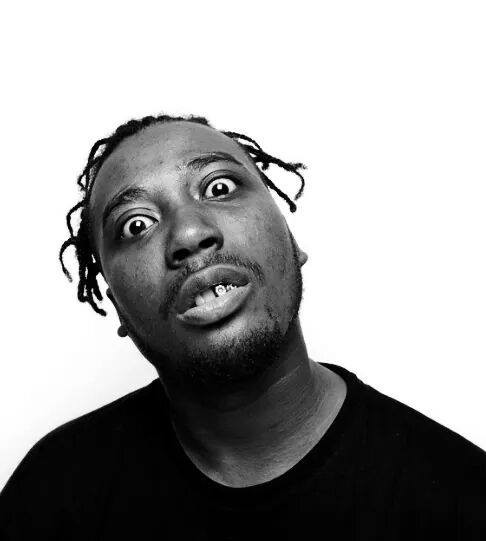 Too punk for promo pics.

Supergroup consisting of members of the Yeah Yeah Yeahs, The Locust/Some Girls and Blood Brothers who put out a one-off record, like ten years ago and are back at it again, for festivals and shit. The proof that they're worth checking out is that the intro sentence I just wrote, disregarding the bands mentioned, should never be a positive advert for a group. Stay broken up, people. (Unless you're the Murder City Devils or FFF Fest offers you, like 10 Gs, and then play at 2:20pm and split). 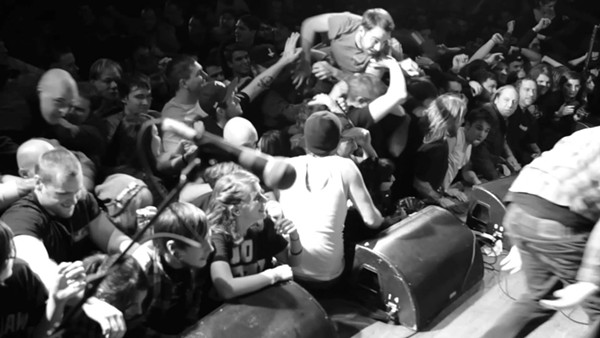 youtube
American Nightmare somewhere in the pit
See above review, except replace all the bands listed with New England hardcore groups. At least they get to play as American Nightmare again and not Give Up the Ghost. Thanks for dropping that lawsuit, Danzig. "I was counting the good things about this city, the only good thing is you're not here." That's my new slogan regarding Austin. Deuce Dime for life.

See whoever you want. At this point I already saw American Nightmare and died. And Andrew W.K. is just doing a spoken word anyway.