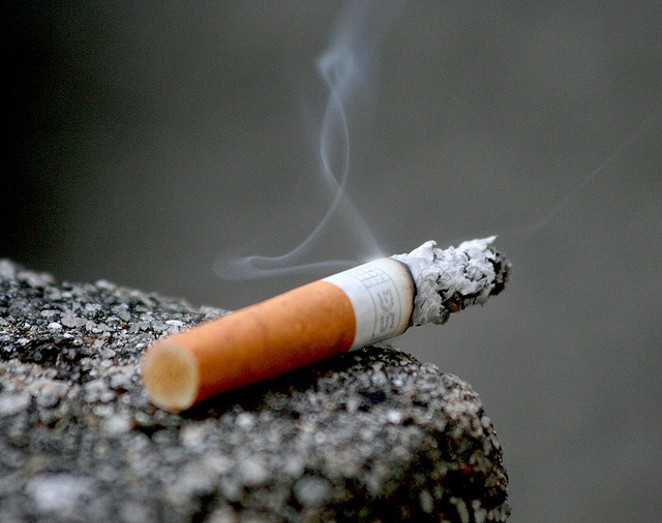 If that's something you're interested in, at least. Those two spots will soon be removed from the skimpy list of "Public Places You Can Smoke in San Antonio."

City Council voted today to ban smoking at both locations. The ordinance change passed unanimously by the council members present at the meeting (Councilman Ray Lopez was absent).

The ban is designed to protect downtown San Antonio’s tourist-friendly environment. The ordinance cited all-ages events at both sites, including farmers markets, movie nights, fitness classes and concerts. It also has the backing of the officials at the San Fernando Cathedral.

The changes do not ban e-cigarettes, also known as vaporizers.

A draft of the new ordinance is available here.