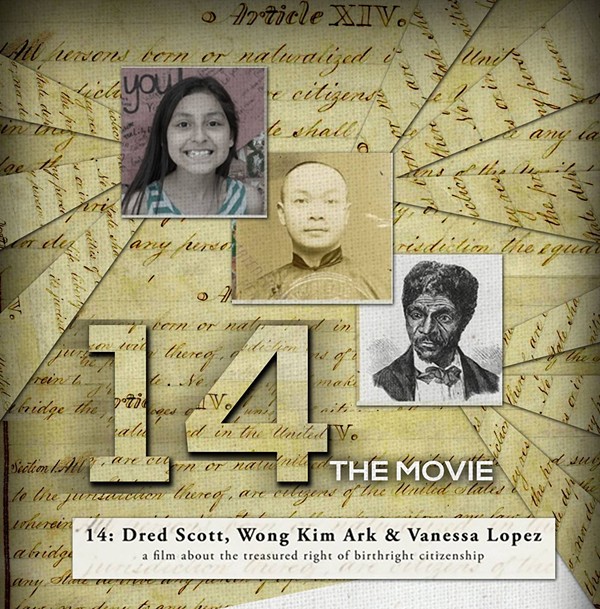 14 | Facebook
The Refugee and Immigrant Center for Education and Legal Services (RAICES) is hosting a screening of the documentary 14: Dred Scott, Wong Kim Ark & Vanessa Lopez January 29 at 6 p.m. at the Guadalupe Cultural Arts Center to raise money for the Texas Civil Rights Project.

The film examines the citizenship clause of the 14th Amendment, which states: “All persons born or naturalized in the United States, and subject to the jurisdiction thereof, are citizens of the United States and of the State wherein they reside.”

The story is told through the lives of three ordinary and extraordinary American families who changed history by their courageous challenges to the powerful status quo – Dred and Harriet Scott, Wong Kim Ark and Rosario and Vanessa Lopez. Descendants of Dred and Harriet Scott and those of Wong Kim Ark tell the stories of how their ancestors fought all the way to the Supreme Court and changed American history.

Rosario Lopez and her daughter Vanessa are both activists in the immigrant rights youth movement. Born in the United States and a citizen under the 14th Amendment, Vanessa wants to be “either an artist, a photographer, a lawyer, or a marine biologist” and President of the United States. It is the citizenship of millions of children like Vanessa Lopez, born in the United States to undocumented parents, that is at stake now.