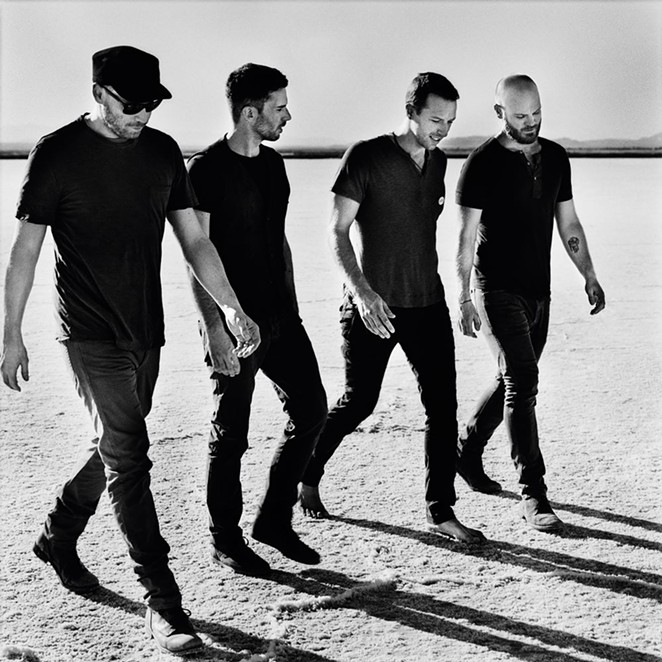 Anton Corbijn
Coldplay, not David Bowie.
It could be said that the late David Bowie was a man of discernible taste; a fiercely private individual. He didn't feel compelled to tour for much of his later life or rush to produce subpar records, urged on by the potentially catastrophic profits.

In a recent interview with British publication NME, Coldplay's Will Champion details the aura of mystique and secrecy surrounding the icons illness and his death. At one point in the conversation, Champion mentions sending an email to Brian Eno, Bowie friend and collaborator, and that Eno, himself, did not know that Bowie had been diagnosed with cancer.

On the humorous side of the things, Champion makes mention of a Coldplay song that the group's frontman Chris Martin sent to Bowie imploring the thin white Duke to possibly lend his trademark vocals to the track. In true I'm-David-fucking-Bowie fashion, Bowie sent back a simple response, "It's not a very good song, is it?" Champion went on to remark "He wouldn't just put his name to anything. I'll give him credit for that," in regards to Bowie's snubbing of the collaboration.

This may come as a surprise to Coldplay fans and a victory for Coldplay-hating Bowie fans as the British cuddle blanket popsters are heavily chided throughout much of the music world. The audacity of asking one of the greatest recording artists of all time to not only sing on your record, but to sing "backup" is, in this case, the kind of thing that often seems like a great idea; a dream come true, and then when your hero responds, you realize what level they are working on; One that they often fall short of satisfying themselves, much less a group that has clocked one quarter of Bowie's time in the sun, and more importantly, composed one-tenth, if that, of the classic masterpieces written by said hero.