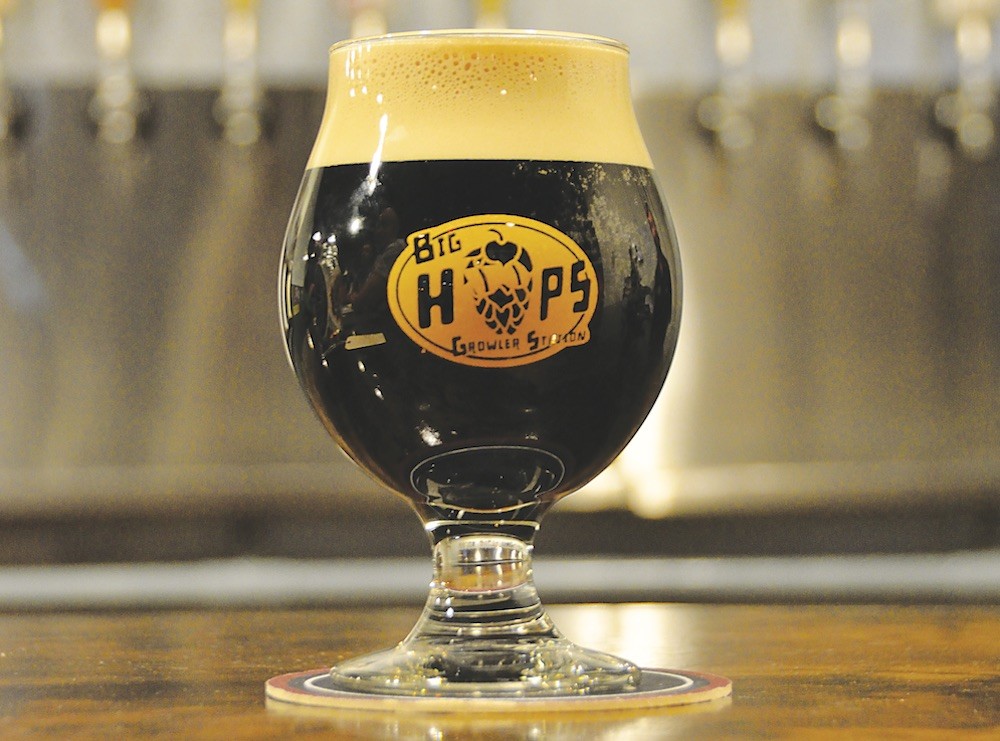 Big changes are happening in the growler station world as of late. The original location of Big Hops, one of the city's first growler stations, opened in early 2013 at 8313 Broadway. It closed its doors earlier this year, but quickly found a home off 281 and Bitters. The new Big Hops Bitters location opened at 226 W. Bitters Road, Suite 108, this past weekend, and aside from dozens of taps filled with tasty craft brews, bar-goers can look forward to the joint's proximity to Los Robertos Taco Shop — because burritos and beer are a match made in heaven. Big Hops Bitters is open from 3 p.m. to midnight Monday-Thursday and noon to midnight Friday-Sunday.

To fill the beer-shaped hole in your heart that Big Hops left, The Growler Exchange is now open in its place. Owned by Joseph O'Hare, the shop has undergone some aesthetic changes, but will still feature 24 taps curated to include local-first wares, as well as craft ales and lagers from across the U.S. The Growler Exchange is open 3 p.m. to midnight Monday-Thursday, noon to midnight Friday-Saturday and noon to 10 p.m. Sunday.

Chefs Grayson-Michael Posey and Timothy Galvan will launch MEET: Earth to Table Cuisine as a pop-up inside Broadway 50/50 (5050 Broadway) on Sunday, March 6 from 9 to 11 p.m. The pair will focus on plant-based fine dining with five courses to nosh on. Call (210) 827-5208 for details.

Texas Monthly will host another round of their Fire & Smoke dinner series presented by 44 Farms and Porsche. Last year's dinner was a wild and delicious rumpus with Jason Dady and Stefan Bowers taking charge. In 2016, John Brand (Supper) and Tim Rattray (The Granary 'Cue & Brew) will take over as chef and pitmaster, respectively, inside Supper (136 E. Grayson St.) on March 6 from 6 to 9 p.m. Barbecue buffs should note this dinner is hosted by the magazine's Barbecue Editor, Daniel Vaughn. Tickets, $150, can be purchased through tmbbq.com.

Spring means the return of Mercado de O'liva, an open-air farmers and artisan market that runs twice a month from March to November. The market will kick off its nine-month term on March 5 at the Spanish Governor's Palace (105 Military Plaza) from 10 a.m. to 2 p.m., followed by a second market on March 19 at Mission Marquee Plaza (3100 Roosevelt Ave.) from 10 a.m. to 2 p.m.