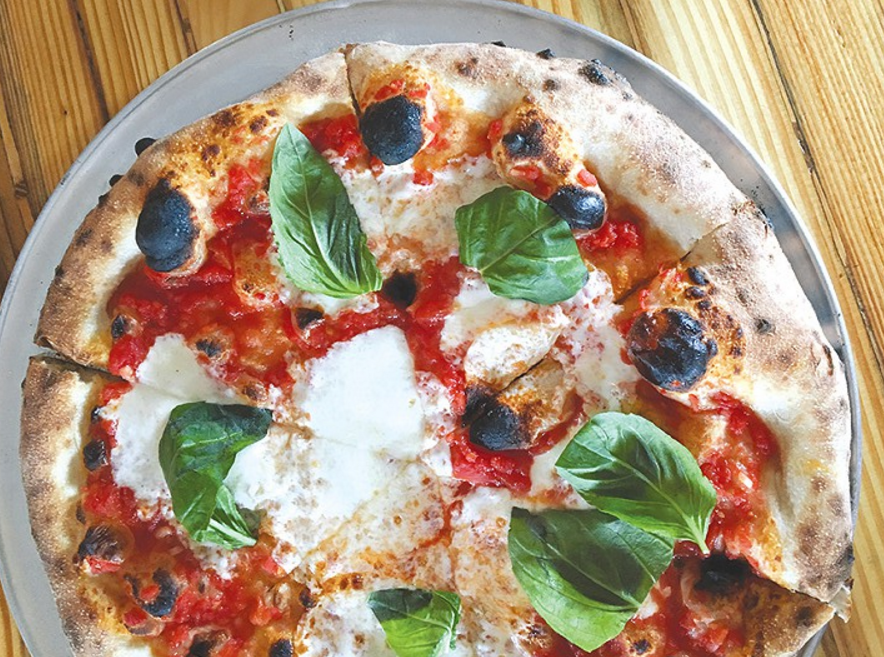 You’ll want to try at least a few pies.

When the dude behind Restaurant Gwendolyn (which brought 1850's era recipes and techniques to Downtown San Antonio), and Kimura (San Anto's first official ramen shop), opens yet another restaurant, you make it a point to get down there, pronto.

This was the case last Monday as two co-workers and I visited the former home of short-lived Nesta at 122 Nogalitos Street to take in Il Forno, chef Michael Sohocki's latest, which focuses on scratch-made Naples-style pizza.

Though both Gwendolyn and Kimura are based in the heart of Downtown, Sohocki stretched his reach south for Il Forno, which is neatly tucked away behind the intersection of Cevallos, Nogalitos and South Flores streets. There's ample parking behind the shop on the street, but it could get dicey as word gets out about chef's take on these blistered pies.

There's very little to remind pizza lovers that this was once a dive bar. That's not to say that the joint mimics Kimura's sleekness or Gwendolyn's Victorian charm, but Il Forno's bare bones, thoroughly rustic and DIY efficiency is evident once you step inside. A patio is still to come, but the open dining room features wooden benches (formerly pews from an area church), and light fixtures made by chef himself using foraged pallets.

The DIY extends to il forno, or oven, built entirely by Sohocki down to the last brick. Where he found time to run two restaurants, keep a growing urban farm with chickens, ducks and rabbits and handling a newborn son is beyond me.

When it comes to the pie, early signs point to a new contender for best new pizza in town. I'm not usually one for hyperbole, especially after only one visit, but Il Forno's pizzas are that impressive. Led by Jason Garcia, previously with Ocho, Ciao Lavanderia, Godai Sushi, Dough Pizzeria Napoletana and Restaurant Gwendolyn, the small staff creates six pies all within the $12 range, all using fresh locally sourced ingredients, and house-cured meats.

A Margherita was delicately topped with freshly torn basil leaves, while the Bianca pizza with prosciutto and arugula delivered a luxurious saltiness from the house-cured pork. The real star is the crust that's pliable, aromatic and soft, but sturdy enough to hold all the toppings.

It's an early nod, but a nod nonetheless. Get thee to Il Forno before the masses figure out South Flores has great pizza.