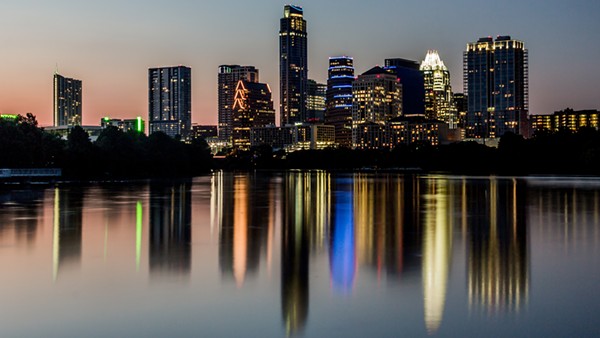 Wikipedia
The continuing fight between ride-hailing companies Uber and Lyft and cities seeking to regulate them in Texas is reaching a boiling point.

This weekend, Austin voters decided not to repeal regulations requiring Uber and Lyft drivers to undergo finger-print background checks, among other requirements, the Austin American-Statesman reported. And, so, both Uber and Lyft ceased operations in the capital.

The same conflict happened in San Antonio, but City Council hammered out a pilot-program deal with Uber and Lyft, which made finger-print background checks optional.

However, similar fights between the ride-hailing companies and municipalities have been unfolding across the state, which is a concern for state Sen. Charles Schwertner (Georgetown), who chairs the Senate Committee on Health and Human Services.

Schwertner said on Facebook that the Austin vote shows that it's increasingly clear that Texas' ride-hailing companies can't operate effectively through a patchwork of inconsistent and anti-competitive regulations. He plans to file legislation in the 2017 session to establish consistent statewide regulations.

"Any legitimate safety or liability concern regarding ridesharing clearly deserves to be addressed, and I welcome all parties to engage productively in that discussion," Schwertner said. "But as a state with a long tradition of supporting the free market, Texas should not accept transparent, union-driven efforts to create new barriers to entry for the sole purpose of stifling innovation and eliminating competition."

A similar effort to regulate ride-hailing companies was made in 2015, but never went anywhere. That bill would also have prohibited cities from creating local ride-hailing ordinances instead placing the permitting process in the hands of the state.

As for San Antonio's compromise with Uber and Lyft over voluntary finger-print background checks, not many drivers have participated.

However, come 2017, that might not even matter because it looks like the state may be angling to take ride-hailing regulating power away from local municipalities.