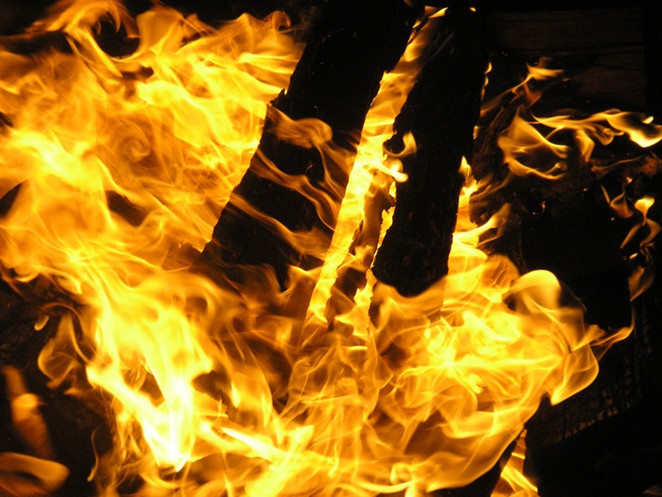 Brenna Cade via Flickr creative commons
Witnesses say the Zetas dismembered people alive, including children, before tossing their remains in barrel fires to destroy the evidence

Top Zetas cartel enforcers kidnapped the former drug trafficker in February 2013, blaming him for the loss of a drug load seized by U.S. law enforcement and demanding money for his release. Testifying in a San Antonio federal courtroom Wednesday, the man said sicarios, or cartel assassins, held him for 13 days, driving him in and around the Mexican city of Piedras Negras, a lucrative drug smuggling corridor that borders Eagle Pass.

Occasionally, the man testified, his captors would guide him out of the vehicle, force him to kneel on the ground and remove his blindfold so he could see what would happen to him and his family if he didn’t pay. Once when they removed the blindfold, there was a family standing in front of him – a mother, father and their 6-year-old daughter – and a metal barrel with fire nearby. He testified that while other sicarios grabbed the parents by their hair, forcing them to watch, Marciano Millan Vasquez, nicknamed “Chano,” used an ax to dismember the girl while she was alive. “Chano,” he said, laughed as he began to toss her remains into the fire before ordering the same be done to the parents. (Prosecutors and the judge on the case have asked that the witness not be named out of fear of cartel retaliation against his family.)

The former trafficker was the first to testify that he personally witnessed hideous acts of violence at the hands of Millan Vasquez, who prosecutors claim was a Zetas hitman before assuming control of the gang’s forces in Piedras Negras. Arrested in a home on San Antonio’s west side last year, Millan Vasquez is on trial for multiple charges that could put him in prison for life, including allegations that tie him to a wave of killings, abductions and disappearances that paralyzed the Mexican border state of Coahuila in recent years.

In court, other witnesses have testified to how the Zetas effectively bought control of Coahuila. A former top financial advisor to the cartel who has since fled to the United States took the stand last week to explain how bribes to municipal and state officials allowed cartel members to buy their way out of criminal charges and even seize control of the local prison, transforming it into an epicenter for the Zetas’ operations out of Piedras Negras. The former cartel advisor claimed the corruption reached the top levels of state government, testifying that he twice delivered bribe money to the personal aid of former Coahuila governor Humberto Moreira. (The feds are currently investigating whether Moriera and his former aid laundered millions in bribe money in the San Antonio area.)

In addition to bribery, Wednesday’s court testimony highlighted another tool the Zetas used to seize control of Coahuila: horrific violence. The former drug smuggler who took the stand Wednesday testified that he was forced to start drug-running for the Zetas, claiming cartel hitmen rounded him up with six other men and told them to make a choice – work for the Zetas or for someone else. He testified that after one man was shot dead for refusing the offer, everyone else accepted.

When he was again abducted in 2013, the former trafficker testified that he personally witnessed more than a dozen people dismembered at the hands of Millan Vasquez or on his orders, their remains tossed in barrel fires to destroy the evidence. Included were four boys who hawked newspapers on the streets of Piedras Negras who the Zetas accused of being spies for another cartel. The former trafficker says the Zetas finally released him after a relative sold her house for $20,000 and turned it over to the cartel. He eventually fled to the United States when the Zetas still wanted more.

Not long after the man took the stand inside the courtroom Wednesday, prosecutors asked him to identify Millan Vasquez. He stood and scanned the courtroom for several minutes, awkwardly and nervously staring at lawyers, observers, jurors and even U.S. Marshals in the courtroom before finally pointing his finger toward "Chano."

When prosecutors later asked why he took so long to identify the defendant, the witness fought back tears, saying, “I’m afraid for my family.”