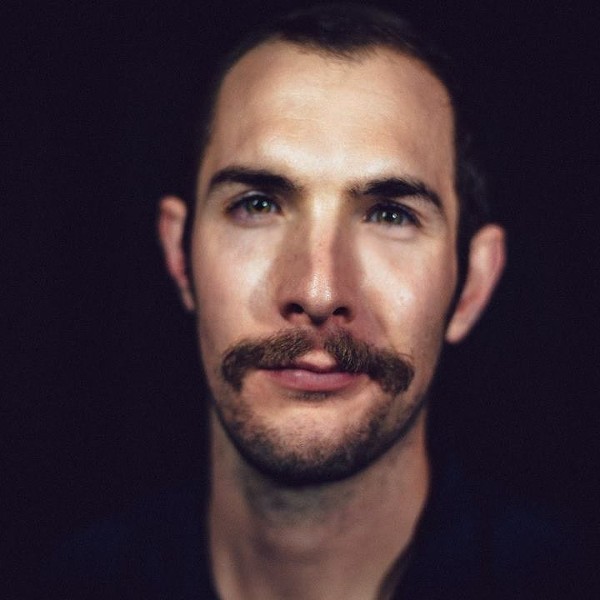 “I was born in San Antone,” belts Garrett T. Capps in a song featuring shout outs to everyone from Avery Johnson and El Rey Feo to Flaco Jiménez, USAA, and Valero in a track from his Y Los Lonely Hipsters album that debuted in April of 2016. As goofy as all those nods to local businesses, musicians, and Fiesta heroes may seem, that’s exactly the power of its affable charm— and, likewise, Garrett’s. For behind the humor, there’s also a very heavy and hard-hitting dose of heart simmering in the soul of this longtime San Antonian resident carrying on in his path of musical exploration in a city and hometown he loves dearly. And because of that, stepping into that creative zone comes easy with concepts for songs, projects, and performance art always kicking around in his mind.

“Creating music in SA nowadays is pretty relaxed, and I believe that my time spent here shows in my music, at least that's what I have been told,” Garrett told the Current. “One of my goals for this year was to release as much music as possible, and to always be working on a new recording project.”


And that he certainly has.


To kicks things off, Garrett teamed up with fellow San Antonio act,  DT Buffkin, to release a limited-run split 7-inch single. At the same time, he was also hard at work preparing for the the debut of his first full-length alongside his "Y Los Lonely Hipsters" backing band. All of which touched on or accentuated the unique blend of rock, punk, and country music he’s been exploring over the past few years in different forms— be it as an acoustic-wielding raspy folk-singing Texas hill-country crooner or as a wild one man rocker with guitar licks-a-blazing and foot-drums-a-tapping as if Hasil Adkins himself had somehow been reborn in South Texas only with a Lone Star tallboy in hand instead of the moonshine.


It’s a diverse blend of music he casually decided to start calling stucco punk which, as he puts it, is “Rock n roll borne from an aimless suburban guy or girl.”


Experimental it may be, but aimless it certainly is not. In fact, he has been hard at work since his releases this year to push new boundaries for himself, his writing, and his performances with a brand new batch of songs that sparked the attention of Torin Metz and Josh Bloodsworth of the San Antonio band, Sunjammer. Deciding to invite him into their Jamshackle recording studio, they helped provide a welcoming environment for Garrett to hone, sharpen, and expand a handful of selections from his archive of demos into the basis of what would become a brand new six-track EP entitled, Inc. .


Making its debut on Saturday September 3rd at the Paper Tiger, it is a release that seeks to augment familiar aspects of his Texas hill-country and stucco punk sounds with more ambient, noisy, and occasionally psychedelic moments. For instance,  his roughly nine-minute jam, She Wurks Hard,  was recorded live with local noise duo Black Nail and, according to Garrett, is  “… supposed to be a Texas boogie/kraut rock thing.”


Kraut rock, of course, is a general term for a genre of entrancing and rhythmic rock sounds explored by a lot of German bands in particular throughout the 1970s, and Garrett’s fusion of some of those elements with his affinity for country sounds certainly produces quite the wild effect. The rest of the songs, moving from dark acoustic numbers to synth punctuated ballads, certainly do as well.


“These tunes are much more psychedelic,” said Garrett, “Some more serious than others, with some oddball semi-satirical lyrics thrown in. The overall effect is pretty weird, but it is important to me that whatever recordings I unleash push some sort of conventional boundaries.”