“After careful evaluation, we have decided to stop all production and brand development of Cacti Agave Spiked Seltzer. We believe brand fans will understand and respect this decision,” a Dec. 10 statement from the beverage maker read.

Cacti was launched in April of this year, boasting 7% ABV and three flavors: lime, pineapple and strawberry.

Anheuser-Busch did not specifically cite the Astroworld tragedy, where 10 people died and hundreds claim they were injured in a crowd surge, as the reason for discontinuing the hard seltzer line. 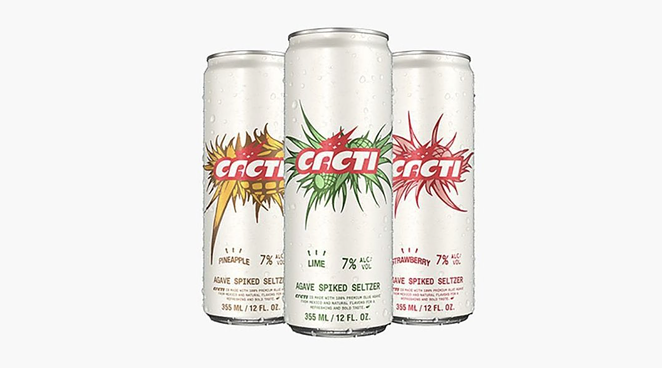 Instagram / toeboxd
Anheuser-Busch has put the kibosh on Travis Scott's Cacti line of hard seltzers
The social media pages for the brand have been removed, and the initial Cacti announcement on the Anheuser-Busch site has also been deleted. The discontinuation of Cacti is the first major branding deal that Scott has lost following the Astroworld tragedy.