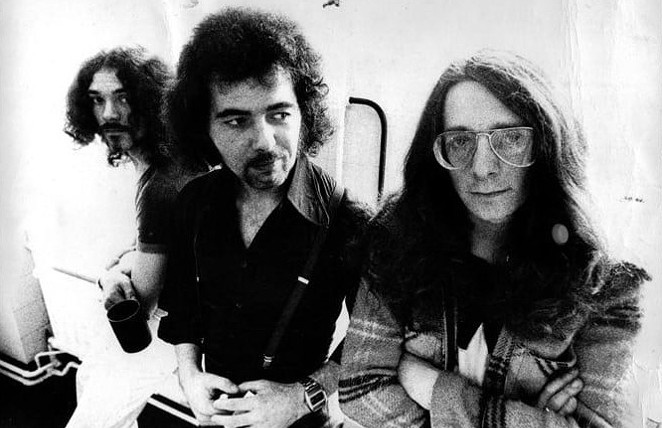 Vocalist-bassist Burke Shelley of the groundbreaking Welsh hard rock band Budgie has died at age 71, according to a Facebook post from his daughter Ela.

While largely regarded as a cult phenomenon elsewhere in the U.S., the trio received regular radio airplay in San Antonio and was even lured out of retirement after years of inactivity to play a 1995 gig at the city's now-defunct La Semana Alegre festival.

"It is with great sadness that I announce the death of my father, John Burke Shelley," Ela Shelley posted on Monday. "He passed away this evening in his sleep at Heath Hospital in Cardiff, his birth town."

Shelley, the only consistent member of Budgie since its late-'60s formation, suffered from health issues including a swollen aorta and Stickler Syndrome, a disorder that can affect a person's vision, hearing and joints, music site Blabbermouth reports.

San Antonio remained Budgie's key bastion of U.S. fandom thanks to the support of maverick rock disk jockeys Joe Anthony and Lou Roney of KMAC-AM/KISS-FM radio, who kept songs such as "Melt the Ice Away" and "Breadfan" in frequent rotation starting in the '70s.


After reuniting, Budgie released a scorching 2002 live album, Life in San Antonio, recorded at Sunken Garden Theater. The group retired from touring around 2010, around the time Shelley's health problems manifested.

Watch a music video for Budgie's 1973 song "Breadfan" below.