True Grit: Actress Isabelle Fuhrman taps into her own ambition, drive to play obsessed rower in The Novice 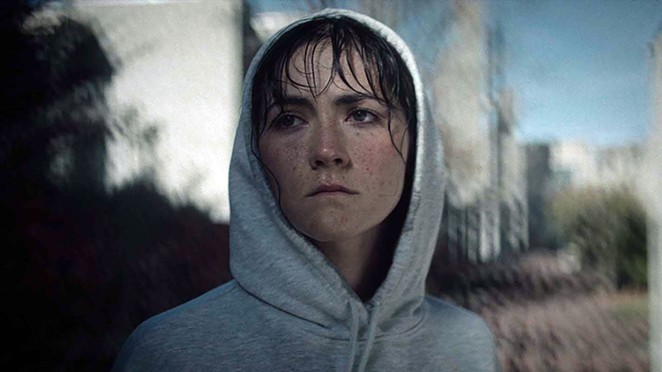 IFC Films
Isabeelle Fuhrman stars as Alex Dall in The Novice.
When actress Isabelle Fuhrman (The Hunger Games) read the script for the psychological sports drama The Novice, she considered it a dream role she didn’t want to lose out on.

So, she wrote a letter to the film’s first-time feature writer and director Lauren Hadaway. Not about the part, but about a relay race she once ran from Santa Monica to Las Vegas — with a broken wrist.

“I ran about 60 miles with a cast on my arm,” Fuhrman, 24, told the Current during a recent interview. “I wrote her to let her know that I was the only person that she could possibly cast for the movie. Not only could I handle it emotionally, but I could handle it physically too.”

Fuhrman’s letter was persuasive, her taped audition great, so she booked the role. In The Novice, she plays Alex Dall, a college freshman who becomes obsessed with making her university’s varsity rowing team.

During the training, Alex puts her mind and body on the line, taking a risky path that could either lead to success or self-destruction.

The Novice is currently available on VOD, and Fuhrman was nominated for an Independent Spirit Award for Best Female Lead for her role.

Winners of the 37th Independent Spirit Awards will be announced March 6.

What kinds of physical demands did you have to endure through the production?

(Laughs.) I endured a lot! I really killed myself for this role. [Director] Lauren [Hadaway] made it clear that there wasn’t going to be a [stunt] double and that I was going to have to row the entire movie. I was like, “Yeah, I’m game for this!” Then, the next day, I’m waking up at 4:30 a.m. and rolling out of bed in pitch-black darkness to row for six hours and then lift weights for an hour. That was my schedule for the six weeks leading up to filming.

For me, I was getting obsessed with the role. [Alex’s] journey quickly became my journey, simultaneously. The training really aided in the process. I would come home with blisters, and my hands would be bleeding. I was hoping they didn’t get infected like they do in the script. I was living and breathing what Alex was going through. I really felt like I was in it the entire time.

Did you have to fall in love with rowing, too?

I had to fall in love with the sport. I had to master the sport and sit in a boat alongside girls who had been rowing since they were 7 or 8 years old. I had to look like I knew what I was doing and look like I was fighting for one of the top spots. That was a lot of pressure I put on myself. I knew I had to push myself every single day. It was really fascinating to see my physical transformation happen. I really altered myself physically, mentally and emotionally. I was in a state of exhaustion that I don’t think I’ve ever experienced on a film. It became my life.

Do you think you could make a real-life university rowing crew when you were at your peak?

You know, I was thinking, “Maybe if I ever want to go back to college, I could get in through rowing.” I feel like I got in a great space for the role. When I was making the movie, I had so much energy, even with the exhaustion and physical deterioration. I was the strongest I’ve ever been. I was thriving on it. I feel like I did the rowing community justice and captured what it means to have the grit, ambition and drive to achieve a certain goal for yourself.

Has the film industry broken your heart yet?

Oh, yeah. You put your heart and soul into the projects you audition for. There’s so much rejection in this industry. No one will really explain it to you either. When I was a kid, it really bothered me. You’re developing your sense of self, so you ask, “Am I not doing it right?” As I’ve gotten older, you realize that no one really knows what they’re looking for. Now, I don’t get upset about the roles I don’t get. I think The Novice would’ve been an exception though. I felt in my bones the moment I read it that this was a role for me. I think the universe puts you where you’re meant to be.