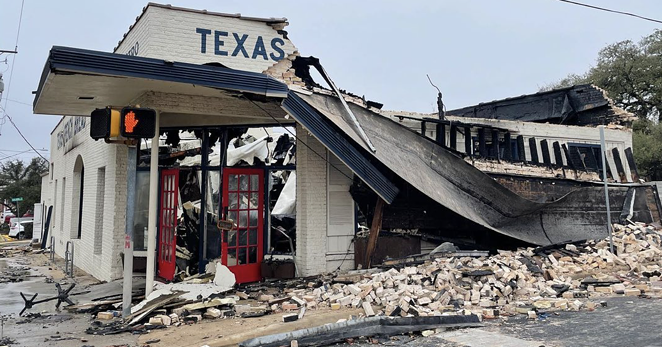 The business served Austin’s West Campus neighborhood for nearly four decades before catching fire late Monday evening, according to the Austin Fire Department. No one was injured in the fire, but fire crews told TV station KVUE the building is a total loss.

The fire was reported just before 11 p.m. on Jan. 24. When firefighters arrived at the business, located at 2900 Rio Grande St., flames were licking from the roof, KVUE reports. Firefighters fought the blaze for more than an hour, but the structure became unsafe. In the end, the roof of the iconic building collapsed.

A GoFundMe campaign has been created in an effort to help displaced help staff.

Texas French Bread would have celebrated 40 years of business this year. Before the building was a bakery, it was the famous Rome Inn, a music venue which hosted musicians such as Stevie Ray Vaughan and Lou Ann Barton in the 1970s.