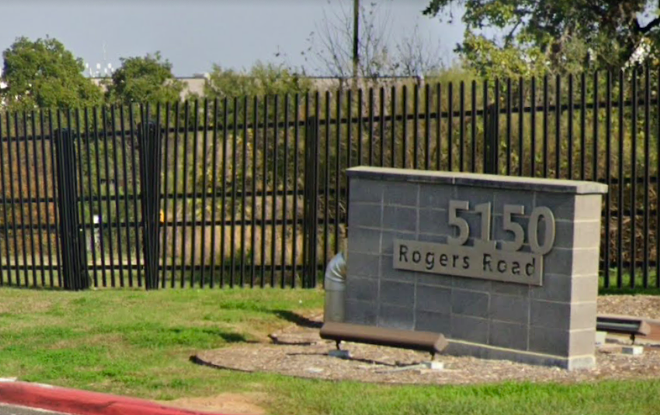 This time of year, it’s traditional for a column to look ahead at the prospects for San Antonio and the larger community going forward. But now, with the effects of COVID-19 still looming large, it is difficult to see ahead with any certainty.

Even so, looking back offers us some context for understanding where the city is headed.

Just a couple of weeks ago the Express-News reported on the city’s latest deal with Microsoft for a new data center — a deal granting the company a variance on the city’s tree preservation ordinance. Microsoft will be able to remove more than 2,000 trees from the site in the Westover Hills area, leaving just a small number of large trees. In return, the tech giant proposed planting 800 new ones and paying $1.4 million to the city’s tree mitigation fund.

Bending over backwards to accommodate Microsoft and its data centers has a long history in this town. City council approved a deal in 2007 that gave Microsoft a 10-year property tax abatement for the data center in exchange for the promise to create 75 full-time jobs.

Of course, these data centers are just big buildings that house racks upon racks of computer servers to run Microsoft’s Azure cloud services. They don’t need many employees. In fact, Microsoft shared in documents that 20 of those 75 jobs would be in “site security services” — onsite guards.

Yet, despite the modest number of workers the center planned to hire, local leaders gave it even more incentives via a lucrative tax abatement deal from Bexar County.

“This is not a gift to Microsoft … This is a gift to ourselves,” then-Mayor Phil Hardberger assured the community.

Six years later, Microsoft came back with plans for a $250 million expansion, and the city council — with just one no vote — approved a new, 15-year tax phase-in deal. This time, Microsoft put its job creation at just 20 new jobs.

City staff contended that there would be a “net fiscal benefit” to the city government, counting sales tax revenue and CPS Energy revenues as well as some property taxes. You see, the city’s share of CPS’s revenues is a significant part of the city budget. And data centers such as Microsoft’s are incredible energy hogs, using electricity at low large-user rates to run those banks of servers 24/7. In 2007, Milton Lee, then head of CPS Energy, contended that Microsoft would be the city’s largest energy user. 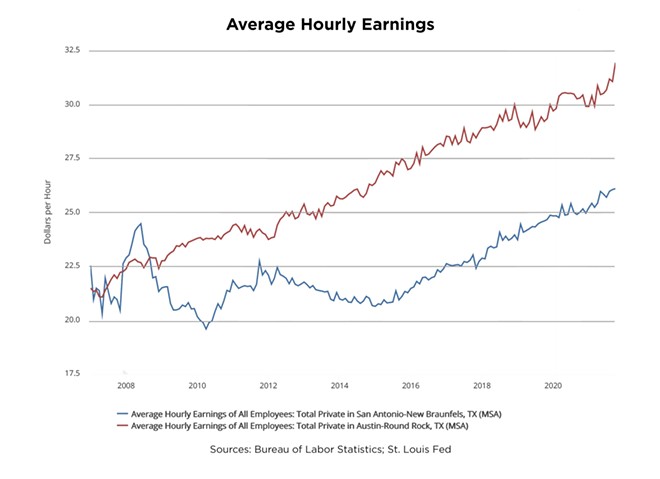 Federal Reserve Bank of St. Louis
Microsoft has continued to invest in data centers here, buying some existing ones and building others, both in Westover Hills and farther west at the Texas Research Park on a 158-acre tract purchased in 2015. The deals with Microsoft were supposed to be the catalyst to boost San Antonio’s future in information technology. But aside from demanding huge amounts of electrical power, it’s not at all clear what the community got aside from a host of massive new buildings in Westover Hills and beyond.

It’s instructive to compare where we are today with our neighbor to the north, Austin. In 2007 and 2008, the average hourly earnings of private employees in metro San Antonio and metro Austin were about the same, at about $23. Average earnings here slowly grew to a little over $26 by late 2021. But average earnings in the Austin area reached more than $32 at that time.

The difference between San Antonio and Austin in terms of overall economic activity, or gross domestic product, is even more striking. While our economies were roughly the same size in 2003 and 2004, the state capital now surpasses us by some 28%.

Our city and county governments signed deals for massive data centers that produced remarkably few jobs — and no real economic spinoffs. Austin has, for years, followed a very different strategy. 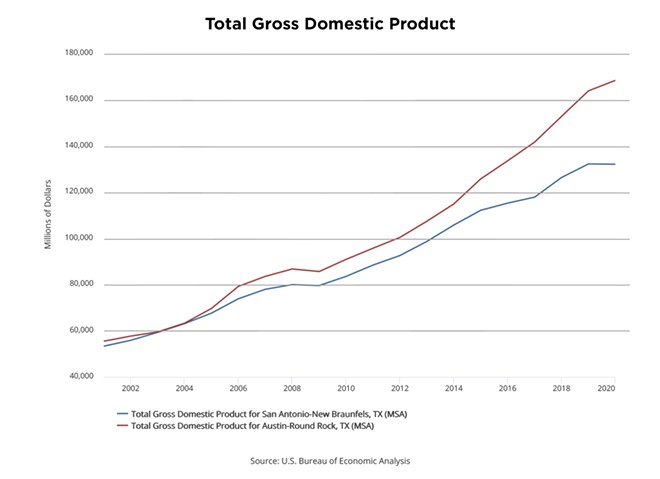 Federal Reserve Bank of St. Louis
Some would argue the comparison is unfair. Austin, after all, boasts a premier public research university and a highly educated labor force. The city has managed to capitalize on a technology economy that demands talented people.

Yet San Antonio’s leaders seem to follow the same old plan and deliver the same promises. We still seem to cling to the hope that new jobs and investment capital will come from afar, and that visitors will be so entranced by the wonders of “tropical” San Antonio that they’ll eventually locate here.

More than 100 years ago, John Carrington, head of San Antonio’s Publicity League and later its Chamber of Commerce, penned an article headlined “One Texas City Advertises Itself Into Prosperity.”

Things haven’t quite worked out that way, and they’re unlikely to work that way in the future.