Consumers will feel the impact as produce distributors try to shore up their losses due to dwindling supplies. 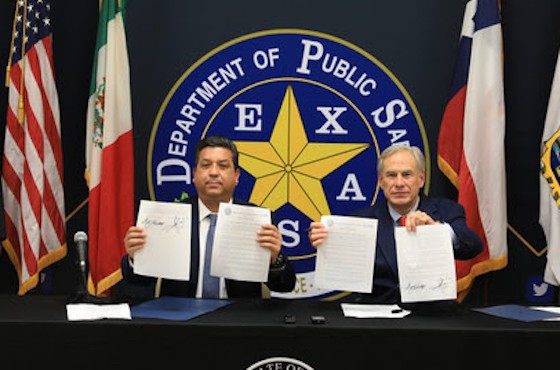 Losses to fruit and vegetable producers from the days-long tangle are likely to top $240 million, said Lance Jungmeyer, president of the Fresh Produce Association of the Americas, in an interview with CNN.

Consumers will feel the impact as produce distributors try to shore up their losses due to dwindling supplies, trade experts said, noting that those in the Lone Star State will be hit especially hard. Mexico's second-largest export to the U.S. is produce, which includes not just avocados, but tomatoes, coffee and a variety of fruit.

"Texans are going to feel the pinch the most, because Texas relies so heavily on Mexico for its produce," said Jorge Colazo, a supply chain expert who chairs Trinity University's Department of Finance & Decision Sciences. "The governor has made a really risky bet."

The disruptions come as U.S. supply chains are already in a state of disarray due to the COVID-19 pandemic and as consumers battle the worst inflation in decades.

Abbott, a Republican, announced the inspections last week, saying he was stepping in to thwart cartel-run smuggling operations due to the Biden White House's failure to get tough at the border.

However, the governor faced withering criticism, including from members of his own party, that the move was a political stunt aimed at bolstering his reelection chances this year.

Abbott ended the inspections Friday, announcing that he'd struck deals with the governors of Mexican states bordering Texas requiring them to step up security. None of the Mexican governors implemented any new border-security enhancements, instead pledging to enforce existing rules, according to reports.

Trinity's Colazo said he also expects Abbott's slowdown to have lingering effects on the already supply chain-burdened U.S. auto industry. Auto parts, by volume, are the top Mexican import into the United States, and the delays affect not only the supply of parts coming into the United States but also shipments of U.S.-made components to parts producers inside Mexico.

"The problem with that is there's a ripple effect across the entire industry," he said. "It comes at a time when it's pretty much impossible to buy a new car right now."