Live Music in San Antonio This Week: The Avett Brothers, Kurt Vile and the Violators and more 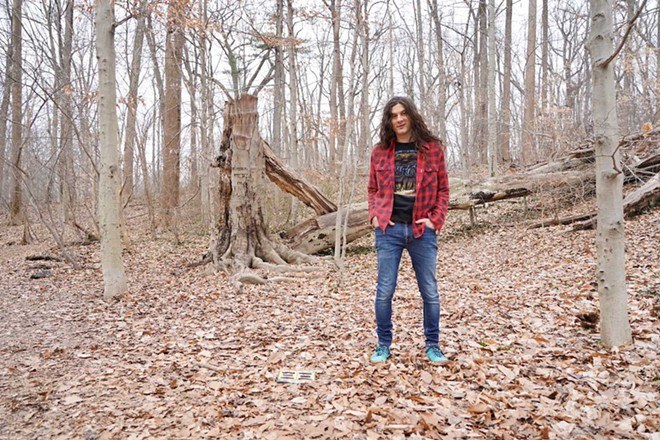 Adam Wallacavage
Kurt Vile and the Violators are touriing in support of the lo-fi artist's ninth studio album.

Music industry pundits predicted 2022 would a banner year for tours after artists spent the past two years idled by the worst of the pandemic.

This week's live music events in San Antonio suggest the experts got it right. The city will play host to a bevy of touring acts ranging from masked C&W oddity Orville Peck and the folk-rocking Avett Brothers to acclaimed singer-songwriter James McMurtry and a package show featuring Mexican divas Alejandra Guzman and Paulina Rubio.

When the Turnpike Troubadours' reunion was announced late in 2021 after a two-year hiatus, the hype level in the red-dirt country world went straight, well, into the red. The beloved Oklahoma country outfit is hitting Floore's as part of that much-anticipated reunion, but unless you've already got tickets, you're not going ... or you're hitting the 'hub and digging deep into your wallet. Sold out, 8:30 p.m., John T. Floore's Country Store, 14492 Old Bandera Road, (210) 695-8827, liveatfloores.com. — MM

Friday and Saturday, May 6-7

Looking for truth? You might find it in New Braunfels when North Carolina folk-rockers the Avett Brothers return to Whitewater for the first time since 2019. Expect a mix of fan favorites and covers ranging from Bob Dylan to Bob Wills. Brothers Scott and Seth Avett founded the group in 2001 in a career that has blended folk music with virtually every genre including both country and punk along with the expected rock. The production of the brothers' ninth studio album, True Sadness, was the subject of Judd Apatow's 2017 documentary May It Last. $55, 8 p.m., Whitewater Amphitheater, 11860 FM 306, New Braunfels, (830) 964-3800, whitewaterrocks.com. — DC

Kurt Vile and the Violators

Following the April release of his ninth studio album, (watch my moves), Kurt Vile is bringing his lo-fi indie-rock sensibilities to SA. Philly's Constant Hitmaker, as Vile refers to himself, combines intricate songwriting with a sound that draws from diverse influences including Pavement, John Prine and Neil Young. Vile and the Violators' 2021 cover of the Velvet Underground's "Run Run Run" puts a jaunty take on the classic. Sold out, 8 p.m., Aztec Theatre, 104 N. St. Mary's, (210) 812-4355, theaztectheatre.com. — DC

For San Antonians who remember the (first) cassette era, Passing Strangers is synonymous with high school prom performances. More than 30 years after the release of their Moment in Time EP, these Texas dance club stalwarts are back to delight the nostalgic with their synth-pop cover of Gary Wright's "Dream Weaver" and other retro goodness $15, 9 p.m., Sam's Burger Joint, 330 E. Grayson St., (210) 223-2830, samsburgerjoint.com. — DC

Gothy droners Executioner's Mask may not sound as scary as their name portends, but their vibe is still graveyard-adjacent, inspired no doubt by spooky post-punk acts including Bauhaus and Sisters of Mercy. We're guessing plenty of folks will use this show as an excuse to smear on copious amounts of black eyeliner, emulating Robert Pattinson in The Batman. $15-$17, 8 p.m., Paper Tiger, 2410 N. St. Mary's St., papertigersatx.com. — BE

Famed Mexican singer Alejandra Guzman, known as "The Queen of Hearts," continues to spread her ballads of love and loss to audiences across the world, this time with "Border Girl" Paulina Rubio in tow. Guzman and Rubio must have made amends since their past quarrels over the same guy — Erik Rubín — as the queens are spending the run of an entire tour together. $59.59-$250, 7:30 p.m., Majestic Theatre, 224 E. Houston St., (210) 226-5700, majesticempire.com. — BE