The Arizona Congressman fired off a tweet — which he subsequently deleted — claiming without proof that the Uvalde shooter was a 'transsexual leftist illegal alien.' 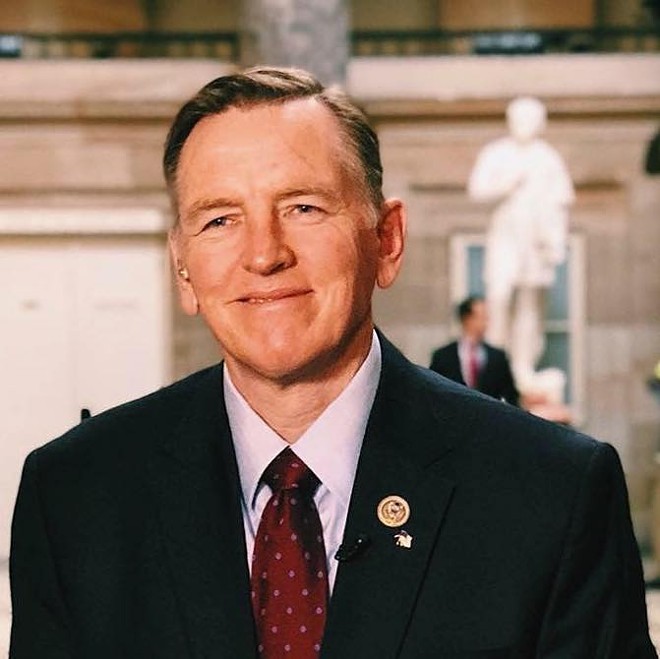 It should come as no surprise that after the Uvalde mass shooting, the Internet was awash in bullshit conspiracy theories. By now, we've become used to that sad, sick phenomenon.

In the hours following the slaughter, Twitter, Facebook and 4chan users spread around photos of at least three transgender women to propagate the baseless theory that the 18-year-old shooter was transgender.

It's bad enough that such repulsive smears bubbled up in the wake of the tragedy, but the situation was made even worse by a member of Congress piling onto the trolling.

In a now-deleted tweet, U.S. Rep. Paul Gosar, R-Arizona, made this declaration about the shooter: "It's a transsexual leftist illegal alien named Salvatore Ramos." Beyond the falsehoods about Ramos' national origin and gender identity, Gosar didn't even get the perpetrator's fucking first name right before he let his fingers spread the hate.

Gosar hasn't returned a request for comment to multiple news organizations. Little surprise there. It's hard to imagine this assclown having the spine to account for firing off such a ghoulish, racist and transphobic tirade all in the hopes of scoring cheap political points.