The plans are laid out in messages between Boring Co. business development lead Brian Gettinger and an unnamed Kyle city official. 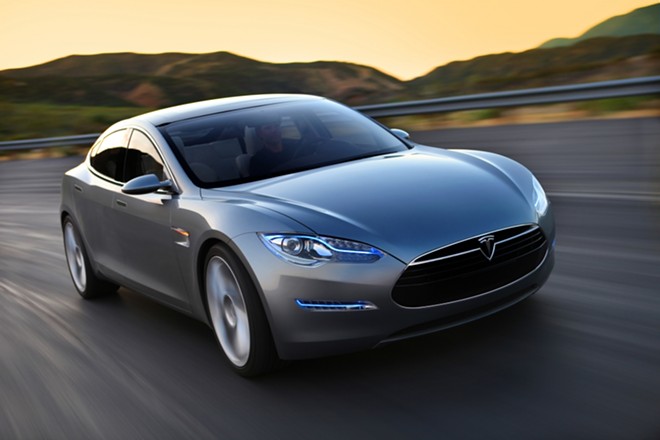 Courtesy Photo / Tesla
Elon Musk's Boring Co. has announced plans to transport passengers from San Antonio's airport to downtown in Teslas. Now, leaked emails show that plan could be part of a larger regional tunnel system.
The tunnel project proposed by Elon Musk’s Boring Co. to connect San Antonio International Airport with downtown could be part of a grander vision to link the Alamo City and Austin, according to leaked emails first reported locally by MySA.

The documents, now posted to Reddit, were reportedly obtained by Chap Ambrose, who lives near the Boring Co. test site in Bastrop County. Garnered from the city of Kyle via a public information request, the emails include messages between Boring Co. business development lead Brian Gettinger and an unnamed Kyle city official.

In one email, Gettinger informs the official that the company's plan is similar to the failed Lone Star Rail District — a proposed line connecting San Antonio and Austin. The Capital Area Metropolitan Planning Organization ultimately voted down that project in 2016.

According to the correspondence, Boring Co.'s master plan first includes deploying individual tunnel systems, such as the San Antonio proposal backed by the Alamo Regional Mobility Authority, both here and in Austin. Working with the Texas Department of Transportation, those could then be connected, Gettinger explains.

Gettinger says that the completed tunnel network would link San Antonio, New Braunfels, San Marcos, Kyle and Austin. The proposed network is being floated as Musk, the billionaire owner of Tesla, shifts operations to the Lone Star State from California.

“With the leaked articles about ATX and SATX, there is enough in public space for you to start having ‘what if’ conversations with folks,” Gettinger writes in the email to the unnamed Kyle official. “Just don’t implicate me or TBC directly. TBC and I are most useful operating in the background, not in the front of the parade."

According to MySA, the Boring Co. has pitched eight tunnel plans in Central and South Texas, including an I-35 and MoPac connector and a tunnel between Tesla’s Giga Texas factory, Austin-Bergstrom International Airport and the area around the state capitol.

More recently, Kyle approved an agreement with the Boring Co. to construct a tunnel linked to the city’s Vybe nature trail system, according to TV station KVUE.

During the May 18 Alamo RMA board meeting, Bexar County Public Works Directors Renee Green explained that the Boring Co.’s proposed San Antonio project would be similar to the venture's tunnel project in Las Vegas. The San Antonio hyperloop would ferry passengers in Teslas traveling at around 40 miles per hour.

If the leaked emails are authentic — and that speed stays the same — it could take longer to use the Boring Co.’s San Antonio-Austin hyperloop than it would to drive to Austin from the Alamo City, barring traffic snarls.

Musk's hypothetical regional tunnel system would also have to deflect concerns from environmental activists. The Boring Co. would presumably need to drill under the Guadalupe and San Marcos rivers, both of which cross under I-35.