Americana fans may want to check out Steve Earle and Robert Earl Keen, but there's plenty more music worth exploring this week. 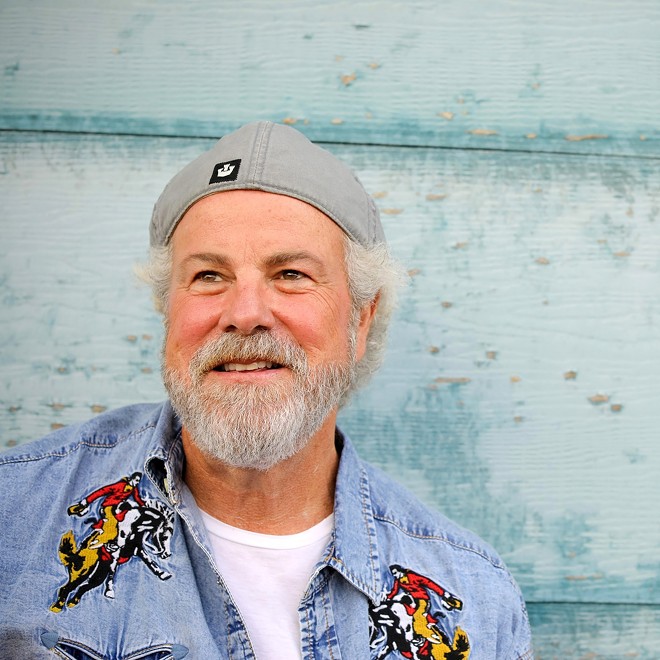 This week's live music calendar appears to have a little something for everyone, from fans of Americana and traditional country to those seeking out mainstream pop, rock tributes or off-the-beaten path offerings.

Classic rocker Boz Scaggs' latest Out of the Blues tour supports his latest — and 19th studio album — which bears the same name. Although Scaggs is better known for his easygoing '70s staples "Lido Shuffle" and "Lowdown," his latest record hit No. 1 the Billboard Top Blues Albums chart upon release. Despite the album's title, the tracks take the listener into the blues through arrangements that are unpredictable and fresh for a well-worn genre. $39.50-$249, 7:30 p.m., Tobin Center for Performing Arts, 100 Auditorium Circle, (210) 223-8624, tobincenter.org. — Enrique Bonilla

Though a veteran performer at this point, Colbie Caillat's 2007 breakthrough hit "Bubbly" remains a fan favorite. Her debut album from the same year COCO went double platinum after she rose to prominence via social media pioneer MySpace. Caillat engages audiences for her live show with a storytelling style mixed with hits including "I Do" and "Favorite Song." She also happens to be the daughter of Ken Caillat, who co-produced a little Fleetwood Mac album called Rumours, which might explain her knack for crowd-pleasing tunes. $35.50-$150, 7:30 p.m., Charline McCombs Empire Theatre, 226 N. St. Mary's St., (210) 226-3333, majesticempire.com. — Mike McMahan

Sensual falsetto vocals and delicate guitar melodies pair with lo-fi beats in Texas native Keshi's slow-riding music. Not only is Keshi a singer, multi-instrumentalist and producer, but he also worked as an oncology nurse for two years and graduated from the University of Texas at Austin. Not a shabby resume for someone who's managed to come so far in the music game. $40.25-$91, 8 p.m., Aztec Theatre, 104 N. St. Mary's, (210) 812-4355, theaztectheatre.com. — Brianna Espinoza

Never one to shy from politics, expect the San Antonio-raised Steve Earle to have a lot to say about the state of the world when he swings back into town backed by his longtime band The Dukes. The Americana pioneer burst onto the scene in the '80s with the critically acclaimed LP Copperhead Road but followed that with a long descent into drugs and booze that paralleled that of his most overt inspiration, Townes Van Zandt. By the time Earle had survived a standoff with a SWAT team and a prison sentence, he emerged as one of the key songwriters of his generation. Earle released Jerry Jeff earlier this year, a collection of covers from late singer-songwriter Jerry Jeff Walker. $52.50, 8 p.m., Gruene Hall, 1281 Gruene Road, New Braunfels, (830) 606-1281, gruenehall.com. — MM

Going back to the days of the Cramps, there's been a substantial crossover between death rock and rockabilly crowds, and Nekromantix have long straddled that line with its backbeat-infused songs about blood and the undead. The band hasn't released any new material in a few years, so show up expecting to hear the creepy classics. Of course, they'll bring the upright coffin bass that's been a longtime staple in their shows. $20-$22, 8 p.m., Paper Tiger, 2410 N. St. Mary's St., papertigersatx.com. — BE

Over the span of his career, Robert Earl Keen has released 18 full-length albums, had his songs covered by artists including George Strait and emerged as a Texas country mainstay. While we may have to wait six months for Keen to embark on his annual Christmas tour, those looking for something other than yuletide twang can catch this summer trek where he'll sing songs about his front porch, the Lone Star State and that road that goes on forever while the party never ends. $49.50, 8 p.m., Whitewater Amphitheater, 11860 FM 306, New Braunfels, (830) 964-3800, whitewaterrocks.com. — BE

Described by wine-bar Little Death as "cool as fuck," Japanese-born-and-educated musician Peelander Yellow — an Austin-based member of long-running Japanese American punk act Peelander-Z — is slated to perform an acoustic set, whatever that entails. Yellow is a visual artist known for murals, paintings and other designs. At the risk of stating the obvious, many of his works incorporate — you guessed it — the color yellow. Free, 8 p.m., Little Death, 2327 N. Saint Mary's St., (210) 264-6472, littledeathwine.com. — MM

Tribute acts have grown in both popularity and number as musical legends get long in the tooth or depart this earthly domain. Regrettably, Canadian prog trio Rush is among the bands to have lost a member — RIP Neil Peart — which means SA-based tribute band Exit Stage Left may be as close as many of us are going to get these days. Fortunately, the members have the chops to pull it off. Guitarist Ron Jarzombek was a member of prog-metal group Watchtower, whose influence far outstripped its popularity, while vocalist Amanda Carey can hit the inhuman high notes of Rush frontman Geddy Lee and sound good doing it. $10-$80, 7 p.m., Sam's Burger Joint, 330 E. Grayson St., (210) 223-2830, samsburgerjoint.com. — MM