The 30-second PSA launched in media markets across Texas on Wednesday. 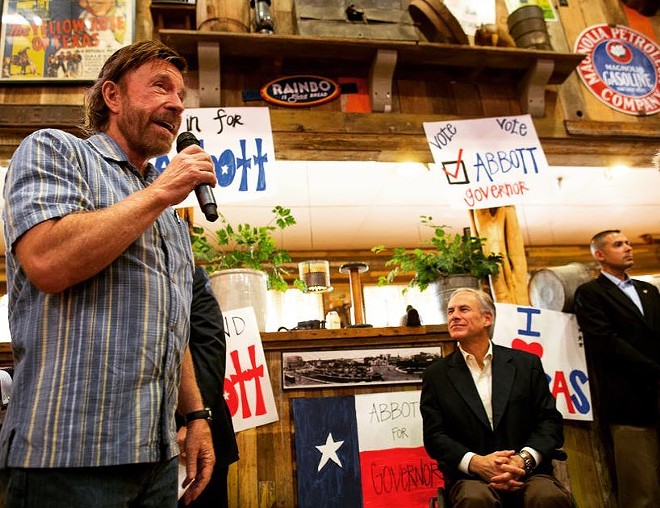 iWatchTexas was first launched in 2018, mere weeks after 10 people were killed during a school shooting in Santa Fe, Texas. But, with school starting and the mass shooting in Uvalde still fresh in the minds of children and parents, Abbott is hoping to revamp the anonymous reporting system, according to a press release.

"I love bringing bad guys to justice. But law enforcement can't stop the bad guys if they don't know who they are," Norris says in the 30-second long PSA. "That's why I wanted to tell you about iWatch, a website, phone app and service that allows Texans to report suspicious activity. Whether it's criminal acts, terror threats, or someone wanting to harm children, if you see something, say something, and help keep communities in the great state of Texas safe."


The ad launched in media markets around Texas on Wednesday, according to the release.

Since the shooting at Uvalde's Robb Elementary School in May, politicians including the Uvalde City Council have called on Abbott to hold a special session to discuss gun control. The governor refused, instead appointing special committees to discuss ways to make schools safer.

San Antonio mayor Ron Nirenberg criticized Abbott's lack of action regarding gun control during a Bloomberg interview on Wednesday, saying that he and other Texas mayors have faced a great deal of pushback from state legislators while advocating for common sense gun reform.