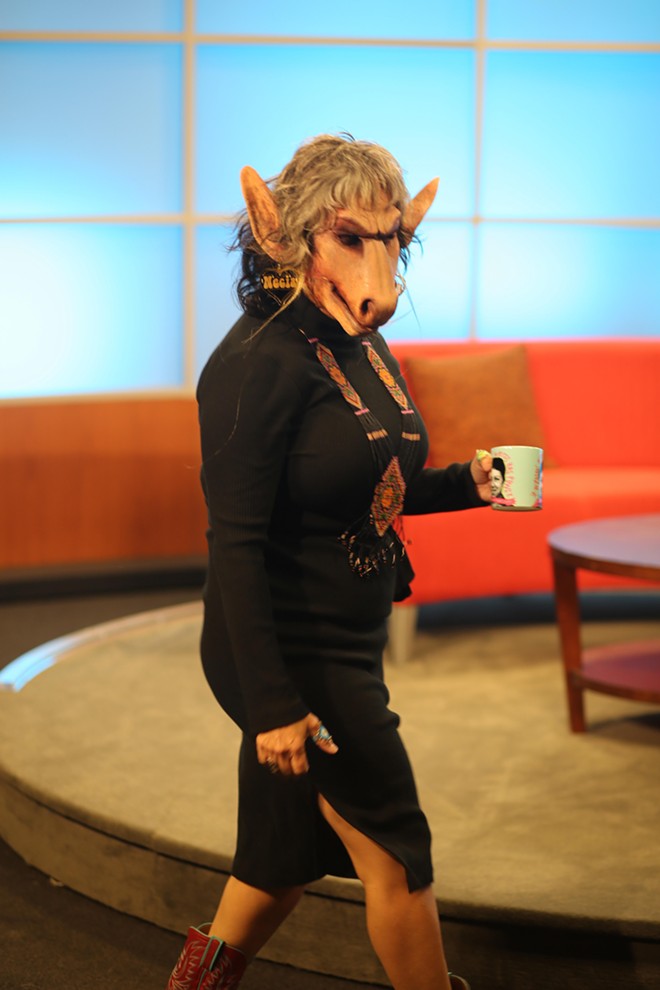 Now, it's a hybrid performative piece that includes a monologue and two short films — "Magón at Leavenworth" and "The Donkey Lady Talk Show," which have been strung into one seamless cinematic experience by director Alex Ramirez.

In "Magón at Leavenworth," Barrera portrays Ricardo Flores Magón, a Mexican anarchist and social reform activist credited by many for helping start the Mexican Revolution. His followers were known as Magonistas.

"I could argue that he's one of the fathers of the Chicano Movement," Barrera, 50, told the Current. "He lived and died by his ideals."

In "The Donkey Lady Talk Show," Barrera takes on the role of the creature known from San Antonio urban folklore.

"The mystique behind the Donkey Lady is fascinating," she said. "And now, she has her own talk show."

Barrera hopes attendees of Regeneración: San Antonio develop a deeper curiosity about the history of both characters she presents on screen.

"As an activist, writer and educator, I'm able to do the research and funnel these personas," she said. "I hope people also learn a little about themselves and have some laughs."

Get our top picks for the best events in San Antonio every Thursday morning. Sign up for our Events Newsletter.
© 2023 San Antonio Current